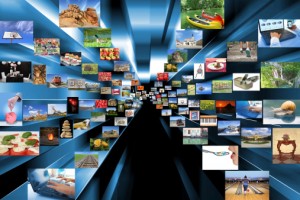 February 9, 2016 – Sucherman Group, an executive search firm dedicated to finding leaders in the media and entertainment space, has named Jamie Waldron as its new president.

Mr. Waldron, based in the firm’s Los Angeles office, oversees the firm’s  executive search practice. He will continue to report to Erik Sorenson, chief executive officer.

“Jamie has been a big boost to our business. He has added clients, grown revenues and improved the search product we deliver,” said Mr. Sorenson. “Jamie has emerged as a real partner to Erik and me, embracing and promoting our values throughout everything he does. He has deep roots in the Hollywood community and we’re thrilled that he’s managing our business there.”

The firm also promoted Rich Tackenberg to managing director, executive search. He will report to Mr. Waldron and assist him in managing the recruiting and placement process at Sucherman Group.

“Rich has been a great addition to our firm and has made a significant mark helping us manage our clients and providing leadership around change,” said Mr. Sorenson.

That loyal following has in many ways put the firm at the intersection of tech and media. Sucherman is now conducting a number of high profile, bicoastal executive searches for online media companies, social media platforms and consumer-facing technology companies like Hulu, Fullscreen, Fusion and Machinima, along with strategic consulting work for Univision Digital, NBCU Digital, WWE and a number of startups, including Rampante and Carpe Society.

One common theme among the firm’s traditional clients and its new, emerging constituency: an insatiable need for high performance leaders who can adapt to, and thrive, in the fast-changing media environment.