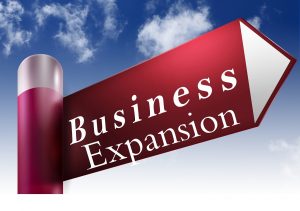 September 21, 2016 – Russell Reynolds Associates has appointed Constantine Alexandrakis as region head for the U.S. He takes over the role from Mark Adams, who remains a managing director with the firm.

Mr. Alexandrakis joined Russell Reynolds as a consultant in 2004 and has led its Chicago and Minneapolis offices since 2012 and 2014, respectively. He has served on the firm’s executive committee since 2015. Mr. Alexandrakis will remain located in Chicago and continue to lead the firm’s global leadership and succession business. But in his new role, he will be responsible for growing and expanding the firm’s overall business in the U.S.

Prior to joining Russell Reynolds Associates, he was vice president of operations at web solutions provider Hostway Corporation, and a strategy consultant for Towers Perrin. Earlier in his career, he worked as a financial analyst with United Airlines.

“With deep experience advising CEOs and boards at both private and public companies across industries, Constantine is uniquely suited to lead our growth efforts in the United States,” said CEO Clarke Murphy. “During his 12 years with the firm, Constantine has held a number of leadership roles in our organization. In these roles he has consistently demonstrated our firm’s core values as a trusted advisor to our clients in a dynamic and often volatile business environment.”

There have been a number of other leadership appointments at U.S. search firms in recent months. Here’s a look at several taken from the Hunt Scanlon archives: