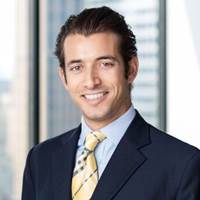 June 15, 2016 – Sucherman Group, an executive search firm dedicated to finding leaders in the media and entertainment space, has expanded its media tech expertise to the Silicon Valley and the Pacific Northwest with the addition of Greg Sherman as executive vice president and tech practice head. He will be based in San Francisco.

Mr. Sherman is a seasoned executive with deep experience in the search and tech industries. He joins the firm from Heidrick & Struggles, where he was in its global technology & services practice. Prior to Heidrick, he worked in marketing at MillerCoors in Chicago and as a financial analyst at the Walt Disney Co.’s Parks and Resorts segment in Los Angeles.

“Greg Sherman is exactly the right person to accelerate our growth in this important space,” said Erik Sorenson, chief executive officer of Sucherman Group. “He knows how to recruit, he’s a digital native who understands how technology and media intersect, and he’s a true entrepreneur in his own right. Having a tech practice based in the Bay Area will enhance our recruiting prowess and make us an even more valuable advisory partner.”

“As the entertainment media business morphs and changes, technology is more central to the industry and our legacy clients increasingly seek our advice on how to leverage tech,” said Stuart Sucherman, founder and group chairman. “In addition, when recruiting talent, clients want executives with Silicon Valley experience and sophistication about technology and its growing role in marrying content to consumers. Having Greg join our firm at this moment is a clear response to those needs.”

“Having an experienced presence in the Bay Area will balance out many of our search and advisory projects for media clients here in Hollywood and across the country,” said Jamie Waldron, Sucherman Group’s president. “I’m looking forward to working closely with Greg to cultivate new clients and serve our existing clients even better.”

“I am very excited to lead the effort to establish this business for Sucherman Group in San Francisco and the Pacific Northwest,” said Mr. Sherman. “My passions lie in media, technology and building things from the ground up, so this is a terrific opportunity to blend all of those things into one. Sucherman Group’s compelling expertise in media, coupled with its longstanding relationships in the entertainment industry, makes this a recipe for success.”

In the past year, Sucherman Group has served more clients at the intersection of tech and media, including high profile, bi-coastal executive searches for Hulu, Netflix, FullScreen, Fusion, Crunchyroll, Detour, and Machinima, along with consulting work for Univision Digital, NBCU Digital, WWE and a number of tech start-ups, including Headspace, Greatist, Rampante and Palaround.

Earlier this year, the firm named Mr. Waldron as its president. Based in its Los Angeles office, he oversees the firm’s executive search practice on the West Coast. During his career, Mr. Waldron has placed dozens of senior level executives at top media companies within the entertainment and social media sectors.

Check Out These Related Articles On Search Firms Expanding Their Technology Practices: