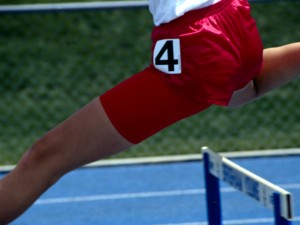 March 16, 2016 – Effective next month, Karl W. Alleman will serve as head of U.S. operations at Egon Zehnder as part of an extensive succession process underway at the firm. Greig T. Schneider, who has been in charge of American operations since 2011, has been elected to Zehnder’s board of directors.

“Under Greig’s leadership, Egon Zehnder’s presence in the U.S. has expanded significantly,” said Rajeev Vasudeva, the firm’s chief executive officer. “We have grown both in size and in impact and are now helping clients there not only with critical senior executive and board recruitment assignments, but also with board performance reviews, succession planning, assessment and development needs and other talent challenges. A holistic presence in the U.S. helps us deliver as a truly global firm and stay ahead of our clients’ needs in a truly global age.”

In addition to leading the firm’s U.S. practice, from Boston, Mr. Schneider has worked extensively in C-suite succession planning and talent consulting, a practice which he has led globally. He is a former engagement manager with McKinsey & Company.

“Karl has an extensive track record in building deep relationships with some of the firm’s most complex clients as they respond to the opportunities in today’s innovation-driven economy,” Mr. Vasudeva said. “He is the ideal leader to build upon Greig’s success and take the U.S. practice to its next level of growth.”

That growth has propelled the firm to revenues of nearly $270 million in North America, allowing it to supplant Russell Reynolds Associates as the fourth largest executive recruitment firm in the Americas, according to a report to be released by Hunt Scanlon Media in coming days.

Prior to joining Egon Zehnder, Mr. Alleman was president and CEO of a private equity-owned capital equipment manufacturer and director of strategy and business unit general manager at Amoco Retail Marketing. Like Mr. Schneider, he was also an engagement manager with McKinsey & Co.

In January, Egon Zehnder announced other leadership changes in Boston. There, the firm named Lisa Blais as office leader. She is assuming the role from Jamie Satterthwaite, who led the office for the past five years and oversaw significant growth for Zehnder in the New England market. Ms. Blais has served as head of the firm’s North American industrial practice, where she advised boards and CEOs on CEO succession planning, board composition and director recruitment, and leadership development and recruitment.

Check Out These Related Articles On Egon Zehnder: