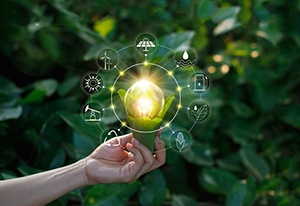 Ms. Pizzo takes over from Signium Germany’s Angela Westdorf, who co-founded the practice in 2008 and took on sole leadership of it in 2013.

Ms. Westdorf will continue as a Signium board member, and as part of this role will serve as coach and mentor across all practice groups. “Angela and her success in building it over the years has been truly outstanding,” Signium said in a statement. “Angela was instrumental in Signium being appointed to global frame agreements with industry leading clients, and she has led the practice with infectious enthusiasm and incredible tenacity.”

Since joining Signium two years ago, Ms. Pizzo has been an active member of the life sciences practice. She is a philosophy graduate and developed her career in pharmaceutical consultancy before joining Korn Ferry, where she spent five years. She then joined Transearch, where she worked for almost five years as a partner and ultimately led the firm’s global life sciences practice.

Signium just opened a new office in Rio de Janeiro. It becomes the organization’s second office in the region, joining its location in São Paulo. “It was a great experience to be in Brazil at an exciting time as their national election concluded,” said Alastair Paton, chairman.