Stay Connected:
U.K. search firms expanding to the U.S. made big news throughout the year. The reasons were many – from Brexit and meeting the growing global talent demands of clients to just plain opportunity. Here’s a look back! 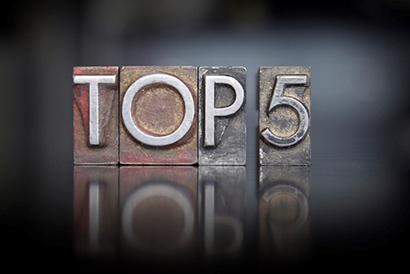 December 19, 2018 – With the curtain coming down on 2018, we looked back through our archives over what was by all accounts a noteworthy year for search firms from outside the U.S. setting up shop in America.

With the U.K.’s departure from the European Union fast approaching, Hunt Scanlon Media has kept a close eye on recruitment firms in England seeking reprieve in America.

What we found was a fascinating tale of transformation – and transition – in an era of global upheaval.

U.K. search firms offered many reasons for coming to the U.S. Perhaps no market is as vibrant, or challenging, for the executive search industry as the U.S., and New York City in particular – arguably the largest single city for headhunting the world over. A decade since the last big recession, bankers and other financial industry titans – and the recruiters who serve them – are thriving…as are many other organizations that call the Big Apple home, including giants of the non-profit world, retail, healthcare and media, among others.

The U.S. Department of Labor recently announced that job openings are outnumbering job seekers for the first time on record across the U.S. That’s a trend that’s particularly striking in New York, where salaries have grown 2.2 percent in the last year.

All this makes the U.S. an appealing landing spot for U.K.-based executive search firms looking to expand – and searching for solid ground to soften the potential impact and uncertainty of Brexit. The impending seismic effects of Brexit could be tremendous. And though it wasn’t easy, our staff at Hunt Scanlon Media pored through our files and narrowed down the top five stories involving search firms expanding in the U.S.

Some U.K. recruiters, like Wilton & Bain and Leathwaite, won attention by hiring key players to help their own versions of the American Dream come to life. Others, like La Fosse Associates and TritonExec, added new offices to build upon their previously established operations in America. And some, like Omerta Group, took the acquisition route to bolstering their presence.

Even at this late date, with Parliament scheduled to vote on Theresa May’s Brexit deal on Jan. 21, and the final farewell from the E.U. set for March 29, 2019, much remains uncertain. So it is that our top five stories about U.K. search firms expanding in the U.S. may only be the springboard for even more intriguing tales in 2019.

Pay close attention to our top five stories and the firms they involve. No doubt you will be reading more about them in the months ahead.

London-based executive recruitment firm Wilton & Bain added two key professionals to its operations in the U.S. Lisa Peacock-Edwards, based in New York, leads the firm’s new global practice. Richard Wilcox, who is in Houston, joins the professional & technology services practice in North America. Ms. Peacock-Edwards, a managing partner, comes to the firm from Marlin Hawk. She is charged with building Wilton & Bain’s corporate markets offering, providing CxO-level talent to drive company transformation, focusing on technology enabled change & digital leadership. Mr. Wilcox, a principal, began his career as a consultant with KPMG and combines this grounding in the industry with six years of executive search experience with both Russell Reynolds Associates and Korn Ferry, focused specifically on professional services.

Leathwaite Appoints Head of Americas to Focus on Growth and Branding

Veteran executive search consultant Paul Groce has joined Leathwaite as head of the firm’s Americas region in an effort to increase its reach and further expand its brand outside the U.K. “The continued expansion of our U.S. business is central to Leathwaite’s future international growth strategy, and we are absolutely delighted to have hired Paul Groce to help raise our presence across the Americas,” said Neil Ejje, founding partner of Leathwaite. “Paul’s wealth of experience within both a worldwide executive search firm, as well as a boutique environment, will be invaluable as we look to capitalize on what we have achieved in the U.S. to date and build out further success.” Previously, Mr. Groce was a senior partner in its CIO practice, where he combined his client-side business acumen with working alongside the global CEO in a broader strategic change project role.

U.K.-headquartered executive search firm La Fosse Associates continues its expansion in the U.S. with the opening of a new office in New York. With an already established executive network and strong track record in the New York metropolitan area, the New York office will allow La Fosse to better support its U.S. client-base, the firm said. The New York office is expected to provide more comprehensive support for U.K.-based companies looking to build teams on the East Coast. CEO James Parker said the New York opening is a milestone for the firm. “We offer technology, digital and change recruitment at all levels from the board down, and are confident this unique top to bottom capability is the best way to support our increasingly international client base,” he said.

Aside from the big-branded executive recruiters, all of whom devote significant time and manpower to talent acquisition initiatives throughout the PE space, a number boutique search firms are working alongside these investment brands to provide talent up and down the functional scale. And much of the activity is taking place on American shores. Following that demand, London-headquartered executive search firm TritonExec has expanded its private equity practice into the U.S. by opening new offices in Atlanta and New York. The U.S. expansion will be led by partner Abe Doctor. The firm noted that its private equity practice has been the fastest growing segment of TritonExec’s business. Mr. Doctor is now responsible for the direction of TritonExec’s North American operations based in Atlanta.

London-headquartered search firm The Omerta Group has expanded its operations in the U.S. with the acquisition of New York-based firm Gollin Associates, which is led by Deborah Gollin. Ms. Gollin will serve as co-head of the search outfit’s U.S. practice alongside Michael Stover, who joined the firm this summer. Each of the leaders has more than 20 years of experience across global talent acquisition and executive search. “We’ve had a unique opportunity to establish an experienced U.S.-based team with a long, exceptional track record in both executive search and senior corporate recruitment, presenting an opportunity to thoughtfully partner with long standing, trusted, personal relationships based in the U.S.,” said Mr. Stover. “This has allowed us, in turn, to better partner with our teams in London and Asia to expand our reach into various global relationships.”

Check Out These Related Articles On Firms Expanding To The U.S.: