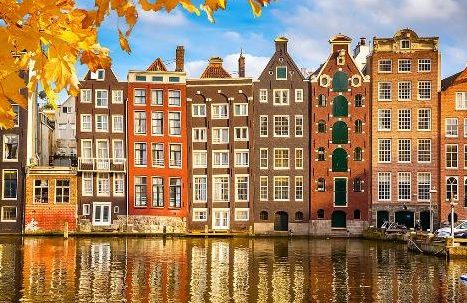 Signium currently has 47 offices in 27 countries serving clients in the Americas, Europe / Middle East / Africa and the Asia Pacific regions.

Mr. Verbeet brings to Signium extensive experience in executive search. For over 20 years, he has completed hundreds of searches, both in the Netherlands and across Europe. At Signium, he focuses on the industrial & manufacturing, technology and professional services sectors.

Mr. Verbeet has built a portfolio of clients in several industries for both local and international companies. He previously worked as chairman of the selection committee at the European Foundation for Business Qualification.

He started at Randstad, where he held commercial responsibility for Amsterdam and joined NMC-Nijsse International (now Boyden) in 1992 as a research consultant. Between 1995 and 1997 he worked at two local boutique search companies, after which he was asked to rejoin the NMC-Group as a consultant. From 2002 to 2013 he was managing partner and held responsibility for the international cooperation of the group.

Search Firms Expanding In the Region

Amsterdam is the financial and business capital of the Netherlands and is currently ranked as one of the best European cities in which to locate an international business. It is ranked fifth in this category and is only surpassed by London, Paris, Frankfurt and Barcelona. Many large corporations and banks have their headquarters in Amsterdam, including Akzo Nobel, Heineken International, ING Group, ABN AMRO, TomTom, Delta Lloyd Group, Booking.com and Philips. Since the 16th century, shipping, fishing, agriculture, trade, and banking have been leading sectors of the Dutch economy.

Its no wonder executive search firms continue to grow within the Dutch region. Here is a look at several recruiting firms that have expanded into the region from the Hunt Scanlon archives: