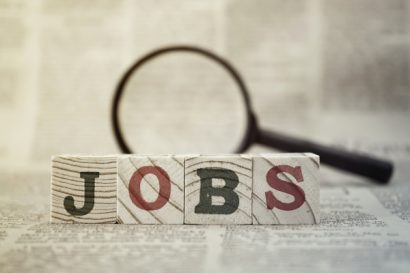 September 5, 2017 – Employers added 156,000 jobs last month as the U.S. unemployment rate rose slightly, to 4.4 percent, according to the most recent U.S. Bureau of Labor Statistics report. During the month, the number of workers unemployed stood at 7.1 million. August marked 81 straight months of job growth in the U.S. Economists had forecast payrolls increasing by 170,000 jobs last month.

“It was pretty solid across the board,” said Michael Feroli, chief U.S. economist at JP Morgan. “It suggests there is really no slowing in the momentum of the labor market. We’re looking at job growth that was pretty similar to what we were getting a year ago or two years ago. I just don’t think at a business cycle frequency these things respond to political developments.”

Hurricane Harvey is likely to slow hiring, but won’t show up in the August jobs report because the survey week, which included the 12th, was before the storm. “While some output will be lost in the wake of the storm, and other smaller metro areas will also see reduced production, most of the difference will be made up in the months ahead,” said Gus Faucher, the chief economist at PNC.

Richard J. Kinsley, CEO and managing partner of the Kinsley|Sarn in Indianapolis, said he had expected the employment numbers to stay on an upward trend for August. And though the number of jobs created fell short of his prediction of 200,000, his faith in the economy remains strong. “I believe there is much latent demand for talent at all levels,” said Mr. Kinsley. I would expect the trend to continue for the time being, particularly given the spikes that can occur post a significant hurricane.”

And though Mr. Kinsley is generally optimistic about employment, he did leave open the possibility of a downward trend. “There is always the risk of some so-called ‘black swan’ event, such as a terrorist attack,” he said. “And the prospect of continued gridlock in Washington could derail hopes for tax reform thereby impacting investment decisions across many industries and sectors.” A looming showdown with North Korea also seems to be keeping a number of recruiters on edge and paying more attention to world events.

Jacob Navon, a partner with Westwood Partners in New York, said he thought the August figures probably would remain steady. “We don’t expect dramatic changes for August relative to July,” he said. “The economy seems to be holding its own while the global economy continues to improve.  All that should bode well for labor. But August is the ‘dead’ month in terms of ‘everyone’ being away on vacation. So hiring decisions and actions may take longer than otherwise. That factor throws a lot of uncertainty into any forecast.”

Mr. Navon said that one’s perception of the jobs outlook depends in large part of how the statistics are measured. “There is no doubt that the numbers have been good because the economy does seem to be improving steadily,” he said. “That is the good news.”

The “less good news,” said Mr. Navon, is that the headline unemployment figures reflect what the Department of Labor calls the U-3 measure. This measure looks at the total number of people unemployed as a percentage of the total civilian workforce. The unemployed figure in this measure reflects only those people who are actively looking for full-time work. It fails to include people who are working part time because they have no choice but who would prefer a full time job. Nor does it include those people who stopped looking for work because they are too discouraged about their prospects.

“The U-6 measure adds these latter two groups and stands at 8.9 percent,” he said. “This paints a very different picture of the health of overall employment in this country. To be sure, this measure has also been steadily improving – having peaked at nearly 17 percent in the financial crisis – but if that was the commonly used measure, no one would be declaring victory on unemployment. While U-3 has returned to its pre-crisis levels, U-6 is still higher than 2007.”

Mr. Navon said that the jobs numbers in many ways will influence what will happen in Washington, D.C. in the coming months. “It is a fair bet that many of the people who factor into U-6 but not U-3 are part of the President’s loyal base,” he said. “His rhetoric emphasis on job creation is certainly directed at them – all those non-existent coal mining jobs, or exported jobs, that he thinks he can bring back, for example.”

The existence of millions of people who are either being underutilized, or who are disaffected, and yet who have been ignored by Washington – as evidenced by the very fact that the Department of Labor, media, Wall Street and anyone who looks at economic numbers all utilize U-3 as the unemployment measure of choice and therefore don’t count them – “is driving the current administration’s policy agenda, not the other way around,” Mr. Navon said. “The key will be whether a) the administration will be able to drive its agenda into action on the Hill and b) the laws enacted and policies implemented will actually deliver on the promises made.”