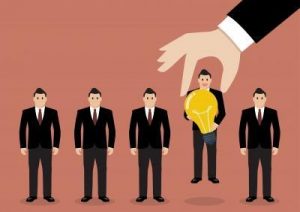 February 27, 2017 – If you can’t beat ’em, join ’em. It is an old adage that seems to apply more and more to universities and search firms these days. Collegiate Sports Associates (CSA), a recruiting outfit focused of finding athletic directors and C-suite executives at some of the nation’s most prestigious institutions of higher learning, has expanded with the addition of Brad Bates as vice president. He will lead the firm’s sports consulting division.

Mr. Bates, who will join Collegiate Sports at the end of the academic school year, has served as athletic director at Boston College since 2012. Last year, he helped the school finalize a strategic plan that calls for more than $200 million in new athletic facilities, including a 240,000-square-foot recreation center and a 115,000-square-foot athletic field house. Mr. Bates spent 10 years as athletic director at Miami (Ohio) before coming to Boston College.

Later this year, Hunt Scanlon Media will present its first ever roundup of leading recruiters in the sports & entertainment field. It is one of the most explosive growth areas in executive search. If your firm belongs on this roster, please connect with us so you don’t miss out. We’re looking for 50 trailblazers!

Mr. Bates is the second consecutive Boston College athletic director to land at a search firm. Gene DeFilippo, who led Boston College for 15 years before retiring in 2012, now serves as managing director for Turnkey Search, another sports recruiting specialist serving the sector.

Prior to his stint at BC, Mr. DeFilippo served as athletic director at Villanova and the University of Kentucky, where he became grounded in working with search committees comprised of faculty members, current and former athletes, statewide business leaders and head coaches. The idea now is for these former sports leaders to take these experiences in one field and transfer them to executive recruitment.

When not chosen by recruiters to join their ranks, some academic leaders have turned to careers in executive search by starting brand new recruiting firms themselves. Their aim is to bring years of experience in the education sector to the talent game ….. Here’s some further reading from Hunt Scanlon Media.

Collegiate Sports and Turnkey are not the only executive search firms to pluck talent from universities in recent months. Witt/Kieffer appointed Concetta M. Stewart as a principal in its education practice just five weeks ago. Ms. Stewart brings to the position more than two decades of leadership experience across academic disciplines, with particular expertise in academic affairs, program development, and technology and communications. Most recently, she served as provost and vice president of academic affairs and interim president at Mercy College in Dobbs Ferry, NY.

Outgoing Ohio University president Roderick J. McDavis stepped down from his post late last year to become CEO of AGB Search. Mr. McDavis was the university’s first African American president and only the second alumnus to lead the Ohio University in the institution’s 212-year history.

Earlier last year, Myers McRae appointed Alan G. Medders Ph.D. as its new president. Dr. Medders enjoyed a distinguished career in higher education and foundation administration, fundraising, planned giving, marketing, communications, and fiduciary and asset management. Most recently, he was with Columbus State University in Georgia where he served as VP for university advancement and executive director of the CSU Foundation.