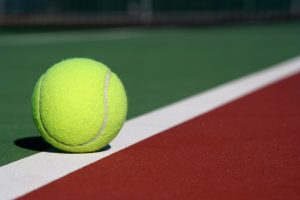 October 4, 2016 – Executive search firm Nolan Partners has tapped Kelly Fairweather as chief operating officer of the International Tennis Federation. Longtime ITF COO Juan Margets announced in March that he would be leaving the organization at the end of 2016. The international search, led by managing director Paul Nolan and partner Andy Taylor, assessed an extensive range of both sports and out-of-sector candidates.

“We’re thrilled to partner with the ITF, the federation of one of the world’s biggest sports and to make this exciting appointment,” said Mr. Taylor. “With outstanding candidates from South Africa, the U.S., U.K., Switzerland and Australia, the ITF had a really tough decision and made an excellent appointment in Kelly, with his experience within International federations, elite performance and the International Olympic Committee.”

Mr. Fairweather, who is currently chief executive officer of the International Hockey Federation (FIH), will assume the role in January. Prior to his position with the FIH, he was chairman of the Association of Summer Olympic Games International Federations (ASOIF) Working Group, Olympic Games and Multisport. Mr. Fairweather was also director of the European office of the World Anti-Doping Agency (WADA) in 2009, chief executive of the Sports Performance Institute of Stellenbosch University from 2007 to 2008, and he has held two roles at the International Olympic Committee (IOC).

“The ITF is excited to have Kelly join us in the role of chief operating officer,” said David Haggerty, ITF president. “His extensive experience in the Olympic movement as well as his in-depth understanding of the challenges faced by international federations made him the perfect candidate to help the ITF fulfil its mission to develop, grow and promote tennis around the world. We have an ambitious agenda as part of ITF 2024 and we know that Kelly’s experience will help us to achieve our goals.”

“I look forward to joining the ITF as chief operating officer in January. It is a federation that I know well having worked with them during my time as IOC director of sport and I have admired how they have grown in stature in the Olympic movement,” said Mr. Fairweather. “The ambitious agenda of Dave Haggerty for the future of the ITF and its flagship competitions, Davis Cup by BNP Paribas and Fed Cup by BNP Paribas, has great appeal to me and I look forward to working with him to make ITF 2024 a reality.”

Founded in 2006, Nolan Partners is focused exclusively on working with clients in sports and related sectors. The firm has completed more than 250 senior executive placements across 16 different sports, including the NFL, NBA, swimming, tennis, Formula 1, cricket, rugby, and football / soccer.

Nolan Partners recently expanded its operations to North America with the dual opening of offices in Los Angeles and New York and the appointment of Chad Biagini as managing director for North America.

Mr. Biagini has over 10 years of experience in executive search representing a range of sports clients including Ultimate Fighting Championship, WWE, Special Olympics, and teams across Major League Baseball, the National Hockey League, Major League Soccer, and the NFL.

The sports and entertainment field is one of the most active and expanding sectors for executive search businesses. Many C-suite focused recruiting firms are now active in it and some specialize only in the sports field itself, but all are dedicated to providing sports-related executive search and leadership advisory services. Aside from Nolan Partners, they are: Prodigy Sports, DHR International, Hartmann Mason, Egon Zehnder, Heidrick & Struggles, Ascension Sports Partners, Russell Reynolds Associates, Diversified Search, Odgers Berndtson, Eastman & Beaudine, Alden Associates, Turnkey Search, Parker Executive Search, Sports Recruitment International, Neinas Sports Services, and Collegiate Sports Associates.