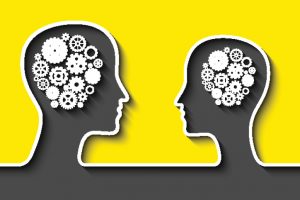 June 2, 2017 – As the academic year winds down, a number of colleges and universities across the country are already preparing for September. For many of them, that means opening searches that will deliver high profile leaders to take them into a new era of fundraising, digitalization, sports and, more often the case, globalization.

Among the latest, executive search firm RPA Inc. has recruited Dr. Anthony E. Munroe as the president of Essex County College and Laurie A. Carter as president of Shippensburg University of Pennsylvania.

Dr. Munroe becomes the 8th president of Essex County College. He replaces president emeritus A. Zachary Yamba, who has been acting president the past 13 months. Dr. Munroe previously served as president of Malcolm X College, part of the City Colleges of Chicago system.

“Today the college ushers in a new leader,” said Dr. Yamba. “I want to thank everyone at the College who supported me and I know you will extend that same support to Dr. Munroe.”

During his tenure at Malcolm X College, which has a student population of more than 12,000, Dr. Munroe led the implementation of the College to Careers initiative, a program designed to close the job-skills gap and that has been recognized by the World Bank as a global best practice. He also led and facilitated the planning and construction of a new campus and led enrollment management and program development initiatives that helped Malcolm X College exceed enrollment projections. Previously, Dr. Munroe held senior leadership positions with health care institutions. He has also been a visiting assistant professor in sociology at DePaul University, also in Chicago.

“It’s truly an honor to be here,” said Dr. Munroe. “I’m happy because I know what we have at Essex and we will continue to build on that legacy. We have a lot of work to do and together we will get it done.”  Dr. Munroe also praised the “caliber and grit of those at the College who have dedicated their professional careers to Essex.”

Essex County College is an open-door, public two-year college located in Essex County, NJ. The school offers degree programs in more than 50 different majors and 26 academic certificate programs. About 25,000 people enroll at the school each year.

Ms. Carter joins Shippensburg University as its 17th president, taking over from George Harpster who left the school in January. She currently serves as executive vice president and university counsel for Eastern Kentucky University, where she holds a seat on the president’s cabinet and is responsible for the university in the president’s absence. She previously served as VP for arts education at the New Jersey Performing Arts Center and VP and general counsel of the Juilliard School.

“Laurie Carter will bring to Shippensburg University a wide range of experience and success in a variety of educational settings,” said board of governors chair Cynthia D. Shapira. “She has demonstrated outstanding leadership and vision in each of those settings, and throughout her career. We are confident she will do the same in her new role as university president, and will be an excellent leader for Shippensburg.”

Ms. Carter said she was particularly drawn to the school by its mission. “Shippensburg’s commitment to an affordable, quality academic experience and service to its region and the State of Pennsylvania resonates with me,” she said. “I am a graduate of the State System. Leading ship during this pivotal time in higher education provides me with the opportunity to contribute to the success of both Shippensburg University and the State System.”

Shippensburg University has an enrollment of about 7,000 students. It offers more than 100 undergraduate and nearly 60 graduate programs. The university began as the Cumberland Valley State Normal School in 1871, and was the first normal school in Pennsylvania to be designated a state teachers college, in 1917.