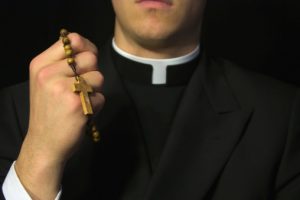 April 4, 2017 – A number of top schools around the country have announced they are looking for new, high profile leaders to take them into the future. In just about every case, executive recruiting firms have been involved in some aspect of the search and selection process.

Fairfield University turned to Russell Reynolds Associates last fall to find its ninth president. Rev. Jeffrey Von Arx announced last summer that he was being reassigned by the Society of Jesus and that the search for a successor was underway. He served the college with distinction as its president for 12 years. Meredith Rosenberg and Jett Pihakis are leading the assignment on behalf of the New York-based recruitment and assessment firm.

“Russell Reynolds Associates’ experience in leading searches for university presidents, combined with the firm’s deep understanding of the changing landscape of higher education, makes this the perfect fit given the transformative period of growth and evolution that Fairfield is experiencing today,” said Andrew McMahon, Fairfield University trustee, and chair of the presidential search committee. “We are confident Russell Reynolds will support our efforts in attracting exceptional candidates.”

While the search comes to a conclusion sometime between now and June, a closer look at the college’s leadership history points to how unique, and difficult, assignments in this sector can be.

One of the nation’s top 10 Catholic universities, Fairfield has had a string of eight Jesuit leaders during its 75-year history. A female interim president, installed at its campus in Connecticut last year while the search for a full time leader progressed, has been seen as a litmus test of sorts for perhaps a bold new move into 21st century academic leadership that could have far reaching ramifications for both the incoming leader and the institution.

Fairfield’s provost, Lynn M. Babington, was named interim president in December. Dr. Babington has served as provost and senior vice president for academic affairs since 2014. She previously served as dean of the School of Nursing at Fairfield and is a professor of nursing herself. Many believe she is the ideal type of leader to bring Fairfield into the modern age of management. “Since my arrival in 2012,” she said, “I knew Fairfield was on the brink of something great, and it makes me proud to be assuming this (interim) role at this time of accelerated growth and transformation at our university.”

In an effort to discover what a truly ideal candidate might look like, Fairfield University collected extensive feedback from alumni, faculty, staff, students, parents, University trustees and its surrounding community. Key priorities and challenges facing the incoming president, as well as the key competencies and experiences central to any successful candidate, were vetted through surveys, in-person forums, interviews and roundtable discussions.

In a recent email to the student body the search committee said these efforts had helped it narrow down the pool of applicants. According to Jenn Anderson, vice president of marketing and communications at Fairfield, the search committee is now in the process of meeting with 10 candidates for an initial round of interviews, but still accepting applications for the position.

One constituency that will feel the most direct impact from any leadership choice made is the college’s vocal student body. One concern many share: whether or not the applicants are Jesuit, non-Jesuit or lay. According to an informal poll taken outside the school’s Alumni Hall recently, a majority of students said they preferred a Jesuit leader who would continue the school’s legacy and support its identity as a top Catholic school of choice.

But as Ms. Anderson likes to remind everyone: “There are a wide variety of qualified candidates, each with unique and relevant backgrounds that align with the strategic needs of the University.” Come September, the chosen leader will be in place.

Big Shoes to Step Into

Fairfield University was founded by the Society of Jesus initially as an all-boys school. It is, today, a co-educational institution whose primary objectives are to develop the creative intellectual potential of its students and to foster in them ethical and religious values and a sense of social responsibility. Jesuit Education, which began in 1547, today remains committed to the service of faith, justice and truth. Those are big shoes for any one man, or woman, to step into.

“The significance of Jesuit education has stood the test of time,” said Russell Reynolds CEO Clarke Murphy. “We are proud to partner with Fairfield University during this critical time of evolution and transformation both at Fairfield and within the landscape of higher education today.”

According to Mr. Murphy, higher education has entered an era of change and transformation in which its leaders must be adept at responding to increasing demands for accountability while also effecting appropriate change to some of the decades-long traditions that have characterized the great institutions of higher learning. Modern leaders, he said, must be able to navigate through that changing environment while ensuring an institution’s strategic relevance.