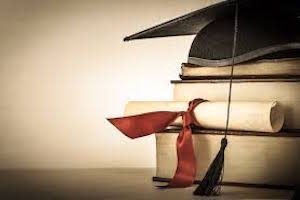 December 13, 2016 – Reduced state funding, rising tuition costs, soaring student debt and decreased federal research funding have all contributed to a dramatic rise in the role search firms are playing in the recruitment of university presidents and chancellors.

Recruiters are adept at managing a process that can be fraught with political and financial intrigue as well as the usual amount of educational issues. Like for-profit leadership recruiting, the search for a university president or chancellor can become a laborious process lasting several months to half a year before a candidate is selected. But unlike searches for companies, academic assignments can and often do include the need to satisfy any number of constituencies – and that more than anything can complicate and lengthen the timeline.

Search firms have wide-ranging connections extending beyond a school’s reach to find top leaders in higher education. More importantly, recruiters possess the requisite skills to manage a process that at times can be unwieldy, and their well-honed assessment skills come into play more often for clients in this sector almost more than for any other.

“As leadership has become more crucial in financially-stressed situations, the academic world has turned more resolutely to us. It is now quite a widespread practice,” said Isaacson, Miller chairman John Isaacson, a pioneering leader in the placement of academic leaders. He’s recently taken on the search to find the next president for The Julliard School.

According to data compiled by James Finklestein, a public policy professor at George Washington University, of 106 top job postings seeking higher education leaders for the current academic year, 82, or roughly three out of every four, relied on an outside search firm.

For Mr. Isaacson, whose firm has led president searches in recent years at such prestigious institutions as Duke, North Carolina, Vanderbilt, Illinois, NYU and Dartmouth, the complex role of university president can only be best compared to that of a politician responsible for the well-being of his constituency.

“It is full of free actors who can choose to work with you or against you,” he said. “It has legislators who govern a chunk of your budget. Its donors must be inspired. Its students are at the age to stretch their wings, often in unfortunate but always vocal ways. Its faculty follow if inspired and make life impossible if they are not. It is like being the mayor of a very highly-educated, small city.”

The job of university president has always been seen as incredibly difficult, said Academic Search president Jessica Kozloff, who has been lead consultant on over 50 president, cabinet level and college dean searches since serving as president of Bloomsburg University of Pennsylvania from 1994 to 2007. “It’s very much a combination of someone with an understanding of the mission and the commitment of the mission of the institution and someone with very strong management expertise.”

But even for those who understand that prerequisite there can be roadblocks to entry. The absence of women and minorities at the president level is recognized by the American Council on Education, which releases its American College President study every five years. Its most recent study revealed that women represented just 26.4 percent of university presidents while the overall percentage of minority presidents was 12.8 percent. The percentage of African-American was even worse, standing at only 5.9 percent.

“Usually to become a president there are requirements that you’ve done some other things that’s kind of like punching your ticket,” said Ms. Kozloff. “It’s been a slow process getting women and minorities into positions below the president post that have them look like they’re qualified to take on the role.” The lack of gaining access to those feeder roles is the primary issue at play, she said.

In the past five years, seven women have been selected for president or chancellor at both public and private universities, including two minorities, in searches conducted by Myers McRae Executive Search and Consulting. “One of the most significant numbers to watch (are) women and minorities selected as provosts and vice presidents,” said its CEO, Emily Parker Myers. “These placements continue to increase, which positions them well for presidential and chancellor searches down the road.”

Within the past year, the University of Texas System, led by Chancellor William H. McRaven, mandated that a candidate from an underrepresented group must be included in the final round of interviews for all senior administrative positions. The UT System is the largest institution of higher education in the nation to implement a system-wide policy to promote diversity among its senior leadership. McRaven modeled the policy after the Rooney Rule, which was implemented by the National Football League requiring league teams to interview minority candidates for head coaching and senior football operations jobs.