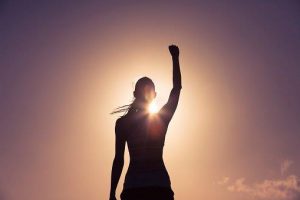 “I am proud to welcome Shirley Collado to Ithaca College as our next president,” said Thomas Grape, chairman of the board of trustees. “The breadth and caliber of her experience in student and faculty development, her strength in large-scale strategic planning, her commitment to shared governance, and her track record of  bringing people together to solve problems and get results make her the perfect leader to shape the next chapter of this college’s history.”

The board of trustees selected Spencer Stuart out of a group of five search firms because of the firm’s experience working with other academic institutions, its commitment to engage the campus community and its understanding of the high education landscape, according to an Ithaca College spokesperson.

The board’s unanimous approval followed the recommendation of Mr. Collado by a presidential search committee that was formed in March 2016. “The committee has done an outstanding job,” said Mr. Grape. “We owe them a debt of gratitude for their thoughtfulness and commitment.” The 15-member committee, comprising trustees, faculty, staff, and students, was chaired by trustee James Nolan.

“I am deeply honored to have been selected as the next president of such an accomplished, energetic, and deeply engaged community,” said Ms. Collado. “I admire Ithaca College’s devotion to student growth and success, its resolve in facing difficult problems together head-on, and its desire to make sure the college and its graduates make a powerful impact on the world.”

Executive search firms have been rounding up university presidents almost non-stop, making this one of the most active periods in the industry’s history. But a look at just a rambling sample of recruiting in the sector shows that the most sought after search consultants might be sought after for a reason: they are dedicated to recruiting female presidents for leading educational institutions – a seemingly persistent talent demand coming from clients. Isaacson, Miller is a clear winner here, bringing women into the top spots at Loyola University Chicago; Converse College; Wellesley College; Mills College; University of North Carolina; U Mass Lowell (Chancellor); Spelman College; Campbell SUNY Geneseo; Hamline University; Rhode Island School of Design; and Cal State Polytechnic University. But, there’s more activity below from other sector specialists as well ….. Here’s some further reading from Hunt Scanlon Media.

Isaacson, Miller Places Five Women Presidents At Cal State
Isaacson, Miller has recruited Ellen N. Junn Ph.D. as president of California State University, Stanislaus. This marks the fifth woman the firm has placed to lead a campus in the largest university system in the nation.

An expert in organizational behavior and development, Ms. Collado has held executive leadership roles in higher education for more than 16 years at private and public institutions, as well as in the non-profit sector. Trained as a clinical psychologist at Duke University, she specializes in the intersection of race, ethnicity, and gender in trauma experiences and treatment.

“I believe in being authentic, being a visionary, being courageous, being real,” Ms. Collado said. “My leadership style is action-oriented; it’s inclusive. One of the things that I put a lot of energy into is mobilizing a lot of communities that don’t normally work together.”

Prior to her current role at Rutgers, Ms. Collado served as vice president for student affairs and dean of the college at Middlebury. She also formerly served as EVP of The Posse Foundation, a non-profit college access organization for students from public high schools and multicultural backgrounds.

Chancellor of Rutgers University–Newark Nancy Cantor expressed admiration for Ms. Collado’s leadership: “Shirley is a terrific leader who collaborates and motivates all those around her to pursue the mission of higher education today of educating the next diverse generation of professionals, citizens, and leaders, and to foster high-impact scholarship that makes a real difference in our world.”

“She has been a true star,” Ms. Cantor added. “She is a consummate collaborator and a leader who gets things done, all wrapped up in one very strong and thoughtful and caring visionary. This is a wonderful appointment, and I look forward eagerly to all that will bloom under her leadership at Ithaca.”

Ithaca College is a coeducational, nonsectarian private college located on the South Hill of Ithaca, New York. The school was founded by William Egbert in 1892 as a conservatory of music. The college has a strong liberal arts core, but also offers several pre-professional programs and some graduate programs.

In December, Ithaca retained Neumann Executive Search Partners to lead in a national search for a chief inclusion and diversity officer. Vice president Tom Phillips and principal Beth Schaefer are leading the assignment for the recruitment firm. The incoming diversity leader will support Ithaca’s continuing efforts toward increase diversity and inclusive excellence for the school’s community.

Check Out These Related Articles on Schools Appointing Female Leaders: