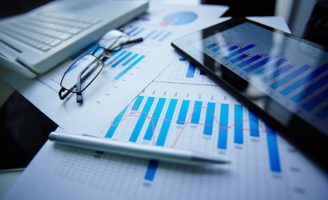 “Put simply, Mike is wonderful human being who brings so much energy and positivity,” said Mr. Biegenzahn. “He is an ideal culture match for Tech CU and will assimilate seamlessly. Technically, he brings a deep understanding of the sorts of sophisticated commercial credits which set Tech CU apart from their competition.”

Tech CU offers a full suite of commercial lending products and services which are uncommon for credit unions, Mr. Biegenzahn explained. In addition to robust SBA, CRE and C&I portfolios, Tech CU was the first credit union in the U.S. to offer asset based lending. “As such, Mike’s knowledge base was critical,” Mr. Biegenzahn said. “As to other factors which caused Mike to be the candidate chosen, it boils down to fit. Mike felt like a ‘Tech CU person’ from day one.”

Mr. Floyd goes to the credit union from Montecito Bank & Trust, where his most recent role was senior vice president, chief credit officer. In that capacity, he led the credit function, contributing to the bank’s steady and profitable growth.

Over his 32-year career, Mr. Floyd has worked for three institutions. He spent 22 years in two stints with Montecito. A 2015 graduate of Pacific Banking School, he now serves on the school’s faculty. He earned his bachelor’s degree in economics at the University of California, San Diego.

The Tech CU search commenced Nov. 30, 2016, and was completed on Feb. 28th. A total of 162 candidates were identified, and Tech CU ultimately made their decision from two finalists.

“Tech CU has an extremely high bar for talent,” said Mr. Biegenzahn. “Having now worked with them on a number of searches, we have a thorough understanding of where that bar rests, and we know that experience alone is not enough. Tech CU insists its leaders think beyond their functional area of expertise, thus driving diversity of thought enterprise-wide on executive level initiatives.  As such, leadership is the most important attribute in their executive level hires.”

Culture also played a significant part in the choice of Mr. Floyd. “Given the cohesive nature of Tech CU’s executive team, finding the right blend of leader and all-around good person was extremely important,” said Mr. Biegenzahn. “Tech CU is a culturally rich institution with a focus on the communities they serve. They live their ‘member-service’ model internally by ensuring their environment is ego-less. Tech CU is a co-operative by its charter, and their corporate culture emanates that.”

Tech CU is a $2 billion-plus credit union with a membership that includes employees from Tesla, eBay, Applied Materials, Nvidia, Facebook and others. A federally insured, not-for-profit organization, the credit union emphasizes that it puts the financial interests of its members ahead of shareholder profit. Founded in 1960 by a group of employees at Fairchild Semiconductor, it provides financial products for all stages of its members’ lives, including personal banking, wealth management, private banking, commercial lending and business banking.

McDermott & Bull, for its part, was founded in 2001. Its practice leaders all have substantial executive experience and serve public and private companies across most industries. Since the advent of MB Interim Leaders in 2011, McDermott & Bull has served both the permanent and interim needs of its clients. Its clientele includes: CoreLogic, Epson America, Hyundai Capital America, In-N-Out Burger, Kaiser Aluminum, Unified Grocers, Cisco Systems, Chicken of the Sea, among many others. Also, the firm’s executive network program helps senior-level executives build relationships with C-Suite and VP-level executives throughout the country.

Check Out These Related Articles On Recruiting For Credit Unions: