Menu
Stay Connected:
Four in 10 U.S. jobs are at risk of being replaced by automation and artificial intelligence by 2030. Here's why Americans should worry the most. 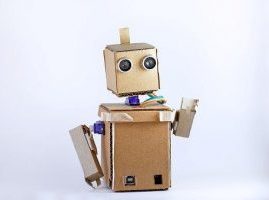 March 27, 2017 – The potential for job losses due to advances in technology is not a new concern. But over the past few years, fears of technology-driven job losses have emerged with advances in ‘smart automation’ – the combination of artificial intelligence (AI), robotics and other digital technologies. The impact of innovation is already visible in driverless cars and trucks, intelligent virtual assistants like Siri, Alexa and Cortana, and Japanese healthcare robots. But there’s a twist coming.

While traditional machines, including fixed location industrial robots, replace our muscles, much more sophisticated smart machines are on the way, and they have the potential to replace our minds. Fifteen years out, we might not recognize the world around us, and according to one just-released report, we certainly will not recognize the world of work as we know it today. It’s an alarming, intimidating and illuminating look into our future.

According to the report produced by powerhouse consultant PwC, 38 percent of U.S. jobs (nearly four in 10) will be replaced by robots and artificial intelligence by the early 2030s. If you’re in the financial services sector, look out. Your job is likely most at risk of a robot takeover; PwC reports that 61 percent of jobs here could be flat out eliminated and replaced by machines.

“A key driver of our industry-level estimates is the fact that manual and routine tasks are more susceptible to automation, while social skills are relatively less automatable,” said John Hawksworth, chief economist at PwC. That said, no industry is entirely immune from future advances in robotics and AI.

Automating more manual and repetitive tasks will eliminate some existing jobs, but this could lead to some workers focusing on higher value, more rewarding and creative work,” Mr. Hawksworth noted. “By boosting productivity and so generating wealth, advances in robotics and AI should also create additional jobs in less automatable parts of the economy as this extra wealth is spent or invested.” Whew! A potential silver lining.

So what exactly will we humans have to offer employers if smart machines can perform all or most of our essential tasks better in the future? It’s a question I certainly went digging into the report to find an answer. Here’s what the report’s findings reveal.

While American jobs are, indeed, most at risk, overseas the situation isn’t exactly all that much better. Up to around one third, or 35 percent, of existing jobs in Germany could face automation over the next 15 years. The report estimates that the U.K. has a slightly lower proportion of existing jobs at potential high risk of automation (30 percent) followed by Japan with 21 percent. Remember, though, Japan is already on the front lines of automation and they’ve been grappling with a jobs problem for sometime now because of it.

PwC’s analysis finds the likely impact of automation varies significantly across industry sectors: transportation and storage (56 percent), manufacturing (46 percent) and wholesale and retail trade (44 percent) have the highest proportion of jobs facing potential high risks of automation among the larger sectors. Education, health and social work are estimated to face the lowest risks of automation given the relatively high proportion of tasks that are hard to automate.

The potential impact of job automation also varies according to the characteristics of individual workers. On average, PwC estimates that a higher proportion of male jobs (35 percent), particularly those of men with lower levels of education, are at higher potential risk of automation than female jobs (26 percent). This reflects the fact that relatively highly automatable sectors such as transportation, storage and manufacturing tend to have high proportions of men working in them.

In contrast, female workers are more concentrated in occupations requiring higher levels of social skills – and often higher average education levels – such as health and education. What this small factoid in the report actually means for working women of the future needs further exploration. Suffice it to say that women have been making all sorts of gains in the workplace and automation will likely continue that advancing trend forward.

While automation related to AI and robotics should boost productivity and not necessarily reduce total employment in the long run, its effects could widen income inequality. The reason: a greater proportion of the economic pie will go to those with the knowledge and skills needed to thrive in an ever more digital economy. This would put a premium not only on education levels when entering the workforce, but also on one’s ability to adapt over time and re-skill throughout working life in the face of an accelerating pace of technological change.

“There’s no doubt that AI and robotics will rebalance what jobs look like in the future, and that some are more susceptible than others,” said Jon Andrews, head of technology and investments at PwC. “What’s important is making sure that the potential gains from automation are shared more widely across society and no one gets left behind. Responsible employers need to ensure they encourage flexibility and adaptability in their people so we are all ready for the change.” In the future, he said, knowledge will be our main commodity so we need to shift our thinking on how we skill and upskill future generations. “Creative and critical thinking will be highly valued, as will emotional intelligence.”

While the bulk of PwC’s analysis focuses on the technical feasibility of automation, it also recognizes the economic, legal and regulatory constraints that might restrict the pace and extent of future increases in automation in practice.

“Just because it is technically feasible to replace a human worker with a robot, it doesn’t mean it’s economically attractive to do so,” said Mr. Hawksworth. “Levels of automation will depend on the relative cost and productivity of robots compared to human workers in carrying out different types of tasks. We expect this balance to shift in favor of robots over time, but there should still be many areas where humans retain a comparative advantage.”

He also said that legal and regulatory hurdles, organizational inertia and legacy systems will slow down the shift towards AI and robotics even where this becomes technically and economically feasible. “And this may not be a bad thing if it gives existing workers and businesses more time to adapt to this brave new world,” he added.

A survey from CareerBuilder recently showed that 72 percent of employers expect some roles within talent acquisition and human capital management to become completely automated within the next 10 years. The study shows that most of the automation is centered around messaging, benefits and compensation, but there’s room to increase efficiencies across a variety of basic functions ….. Here’s some further reading from Hunt Scanlon Media.

Will Most Talent Acquisition Roles Be Eliminated Over the Next Decade?
While technology will never be able to fully replace people in the workplace, it will likely take over certain functions on talent acquisition and management teams. That’s why a majority of employers now believe that many HR roles are on their way to automation and extinction. But can the human factor be removed from human resources?

“When companies expand and add more and more employees, there’s a certain tipping point where things can no longer be managed efficiently and accurately by hand,” said Rosemary Haefner, chief human resources officer (CHRO) for CareerBuilder. “Automation needs to be incorporated, so the HR team is free to focus on strategies versus tasks, and focus on building relationships with employees and candidates.” As certain functions on teams become more automated, she added, “we’ll see those workers’ roles evolve and concentrate on the strategic, social and motivational components of HR that technology cannot address.”

CEOs’ distorted perceptions demonstrate the extent to which people are being painted out of the future of work — and the risk to organizations that do not recognize the potential of people to generate value. A full 44 percent of leaders in large global businesses told Korn Ferry that they believe the prevalence of robotics, automation, and artificial intelligence (AI) will make people “largely irrelevant” in the future of work.

Nevertheless, Korn Ferry economic analysis finds human capital is the greatest value creator available to organizations: For every $1 invested in human capital, $11.39 is added to GDP. That return on human capital — value versus cost — should give a clear signal to CEOs and everyone else: Investing in people can generate value for every organization over time that significantly exceeds initial financial outlay.

“The economic reality of human capital value magnifies the importance of attracting and retaining the right people now and in the future. Technology alone cannot deliver the uplift in productivity and value every organization needs,” said Jeanne MacDonald, global operating executive and president, talent acquisition solutions, for Korn Ferry Futurestep.

Hear, hear! Let’s score one for humans. Siri, what do you think about that?

Check Out These Related Articles Trends In the Workplace:

The Case for Promoting Women 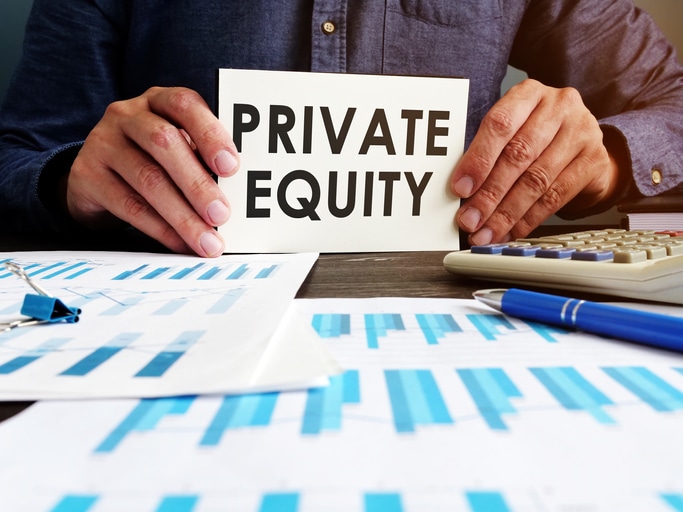 How PE Firms Can Attract the Best Portfolio Leadership