Menu
View our Events
Stay Connected:
A majority of employers say that many HR roles are on their way to automation and extinction. But can the human factor be removed from human resources? Let's find out. 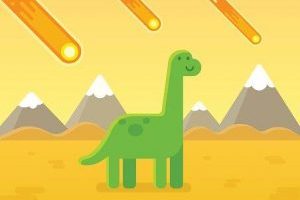 March 3, 2017 – While technology will never be able to replace the human factor in human resources, it will likely take over certain functions on talent acquisition and management teams. A new survey from CareerBuilder shows that 72 percent of employers expect that some roles within talent acquisition and human capital management will become completely automated within the next 10 years.

The rate at which companies with 250-plus employees are adopting automation varies considerably. Although more are turning to technology to address time-consuming, labor-intensive talent acquisition and management tasks – that are susceptible to human error – the study shows a significant proportion continue to rely on manual processes. One third of employers (34 percent) don’t use technology automation for recruiting candidates, 44 percent don’t automate onboarding and 60 percent don’t automate human capital management activities for employees.

“When companies expand and add more and more employees, there’s a certain tipping point where things can no longer be managed efficiently and accurately by hand,” said Rosemary Haefner, chief human resources officer (CHRO) for CareerBuilder. “Automation needs to be incorporated, so the HR team is free to focus on strategies versus tasks, and focus on building relationships with employees and candidates.” As certain functions on teams become more automated, she added, “we’ll see those workers’ roles evolve and concentrate on the strategic, social and motivational components of HR that technology cannot address …..” Here’s some further reading from Hunt Scanlon Media.

Four HR Roles That Matter Most
CEOs increasingly recognize the big impact HR can have on talent attraction & retention, setting company culture, and defending the bottom line. But they’re demanding more from their top HR leaders. So, how can the HR suite meet the strategic talent needs of their organizations – and survive?

Of employers who have automated a part of their talent acquisition and management processes, the majority said automation has saved the organization time and money while decreasing the number of errors and enhancing the employee and candidate experience.

How a Lack of Automation Can Negatively Impact Organizations

Employers who perceive a currently underutilized amount of automation for their talent acquisition and management processes pointed to longer turnaround times, higher costs, frustrated team members and issues with company leaders among other concerns:

CEOs’ distorted perceptions demonstrate the extent to which people are being painted out of the future of work — and the risk to organizations that do not recognize the potential of people to generate value. A full 44 percent of leaders in large global businesses told Korn Ferry that they believe that the prevalence of robotics, automation, and artificial intelligence (AI) will make people “largely irrelevant” in the future of work.

Korn Ferry economic analysis finds human capital is the greatest value creator available to organizations: For every $1 invested in human capital, $11.39 is added to GDP. That return on human capital — value versus cost — should give a clear signal to CEOs: Investing in people can generate value for the organization over time that significantly exceeds initial financial outlay.

“The economic reality of human capital value magnifies the importance of attracting and retaining the right people now and in the future. Technology alone cannot deliver the uplift in productivity and value every organization needs,” said Jeanne MacDonald, global operating executive and president, talent acquisition solutions, for Korn Ferry Futurestep.

“The digital world is fundamentally changing the connections between companies, their employees and their customers. In many ways, technology is strengthening these connections — breaking down structural, geographic and cultural barriers to bring customers closer and link up global colleagues,” she noted.

“But CEOs must keep their eyes wide open to the potential pitfalls of the digital revolution, including asking technology to do all the work to the exclusion of people,” Ms. MacDonald said.

Check Out These Related Articles on HR Trends: