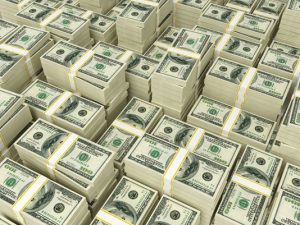 January 5, 2017 – A recent study conducted for Korn Ferry by the Centre for Economics and Business Research finds that human capital represents to the global economy a potential value of $1.2 quadrillion. This is 2.33 times that of physical capital, which is valued at $521 trillion and includes tangible assets like technology, real estate and inventory.

Human capital is the greatest value creator available to organizations: For every $1 invested in human capital, $11.39 is added to GDP, the Korn Ferry economic analysis finds. That return on human capital — value versus cost — should give a clear signal to CEOs: Investing in people can generate value for the organization over time that significantly exceeds initial financial outlay.

“People, as assets, appreciate,” said Mr. Laouchez. “This distinguishes them from physical assets, which operate at a limited maximum output and which typically depreciate over time.”

There are two key reasons why people represent not only significant financial value but also value-generation capability to organizations: potential and appreciation. The performance of people can be influenced; hence it has great potential. By creating the right environments, CEOs can raise performance and release discretionary effort — the hustle that a machine will never make. Meanwhile humans, as capital, also do something that machines cannot: They gain experience and knowledge over time, in ways that even the most sophisticated algorithms cannot.

People have empathy and the more senior they become, the more they grow their ability to generate further value. In economic terms: People, as assets, appreciate. CEOs who are equipped with these insights should, as they look to invest time and financial resources wisely to harness the value of both human and physical capital in the future of work, consider how to create a high-value partnership between technology and people.

There is a clear trend to align and magnify the relative importance of technology in the future of work. Another study by Korn Ferry found that 67 percent of CEOs said they believe that technology will create greater value in the future than human capital will and 63 percent of CEOs said they perceive that technology will become their organization’s greatest source of future competitive advantage. But the economic reality differs sharply, with human capital, not physical capital, creating the greatest value for organizations.

CEOs’ distorted perceptions demonstrate the extent to which people are being painted out of the future of work — and the risk to organizations that do not recognize the potential of people to generate value: 44 percent of leaders in large global businesses told Korn Ferry that they believe that the prevalence of robotics, automation, and artificial intelligence (AI) will make people “largely irrelevant” in the future of work.

Leaders may be demonstrating, in a big way, what experts call tangibility bias. Facing uncertainty, they are putting a priority in their thinking, planning, and execution on the tangible — what they can see, touch and measure.

Meantime, 64 percent of leader-respondents told Korn Ferry that they see people as a bottom-line cost, not a top-line value generator. Are today’s corporate accounting principles, which classify people as an expense rather than an asset, causing organizations to under-allocate strategic focus, capital, time, and other resources to people, their primary value generator?

Technology does not create itself. It does not prompt greater efficiency in isolation. But organizational leaders and corporate investors are not making the connection now between people (their workforce) and value generation, between tangible assets and their activation by the workforce. Korn Ferry’s research supports the critical finding that CEOs can value the workforce more and, by understanding its great worth and potential, they can focus on releasing it.

Although the structure and size of a country’s economy frames the relative value of human to physical capital, the critical importance of people is clear to see. In each of the eight nations analyzed in the Korn Ferry study, the human capital value exceeds the value of physical capital. 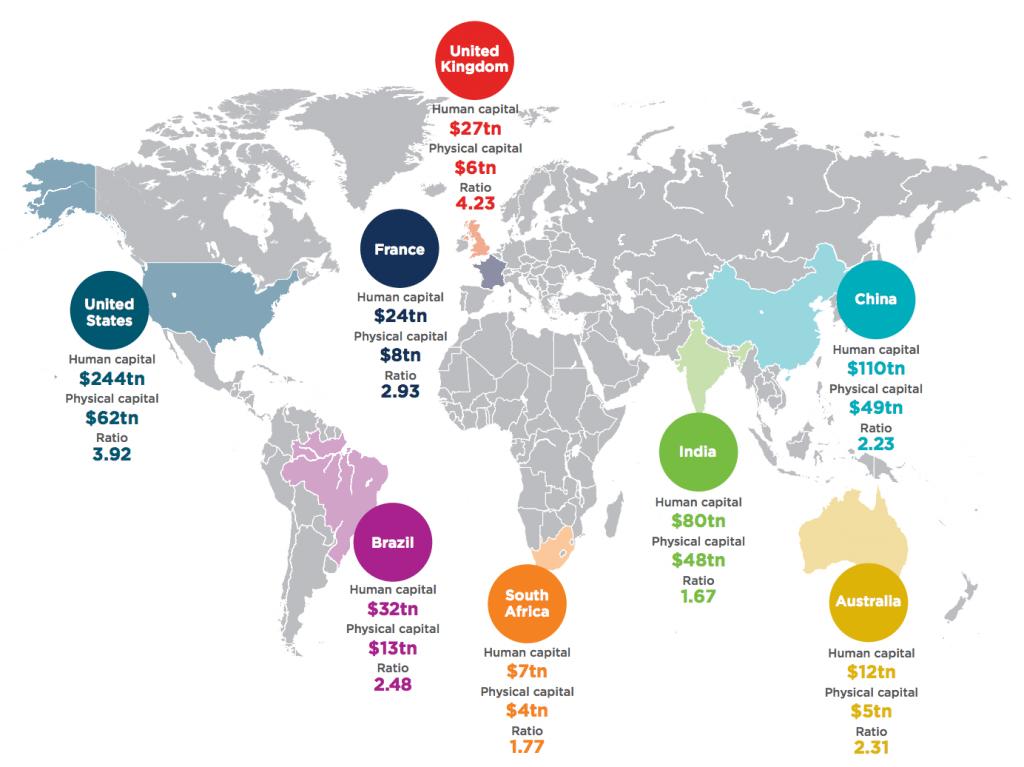 “The economic reality of human capital value magnifies the importance of attracting and retaining the right people now and in the future. Technology alone cannot deliver the uplift in productivity and value every organization needs,” said Jeanne MacDonald, global operating executive and president, talent acquisition solutions, for Korn Ferry Futurestep. “The digital world is fundamentally changing the connections between companies, their employees and their customers. In many ways, technology is strengthening these connections — breaking down structural, geographic and cultural barriers to bring customers closer and link up global colleagues.”

“But CEOs must keep their eyes wide open to the potential pitfalls of the digital revolution, including asking technology to do all the work to the exclusion of people,” Ms. MacDonald said.

The Future of Work

To increase performance and generate optimum value in the future of work, CEOs first need to change their perspective. They must close the gap between their perception that technology will be a greater value creator in the future than human capital and the economic reality that people are organizations’ most valuable asset. Enlightened CEOs will partner technology and people — maximizing the performance of both of these assets to generate value.

There is a worrying lack of confidence in leaders’ own ability to improve human performance, however, with 62 percent of CEOs telling Korn Ferry that they believe they can’t materially influence their people’s performance. Korn Ferry, through research and long practice, has shown that workforce performance can be boosted, in part, by giving people the tools, conditions, and structure they need to do great work. Organizations that get these elements and conditions right can release discretionary energy that generates significant value. This can ensure that people remain top-line value multipliers, not bottom line expenses.

Although familiarity can blind leaders to this reality, it is the partnership of people and technology — not just technology alone — that holds the key to performance. Humans will play a critical role in the future of work, inventing, using, consuming, and benefiting from technology. As a result, people will be, as they long have been, the most significant driver of organizational performance.

“How to measure return on people has long been a challenge for leaders. Faced with an information vacuum, leaders are mistakenly concluding that, because they can’t easily measure the value generated by people, it’s not there,” said Tania Lennon, a senior client partner with Korn Ferry Hay Group. “The current approach taken to managing people as a bottom line cost will, in the value paradigm of the future, fail to create a high performance team. People are the cornerstone of superior performance, but organizations are not investing the time or resources needed to unleash it.”

Why the CEO / CHRO Relationship Is Essential The High Cost of Picking a Wrong Leader Generational Shift: Succession of Older CEOs Slows What Makes A Good CEO? 10 Traits of Transformational CEOs