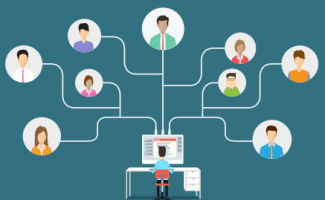 November 28, 2016 – CEOs face the challenge of making strategic decisions not only about where to invest now but also about where to lay the foundations for their organizations’ future success. That increasingly has required them to seek answers to critical questions about the future of work and about the role people may play in it.

A new global study of CEO perceptions by Korn Ferry finds a startling lack of top-leader focus on, or confidence in, the value of people in their organizations. Instead, reports the global talent provider, chief executives are putting a higher value on technology and tangible assets.

The study conducted in-depth interviews with 800 business leaders in multi-million and multi-billion dollar global organizations on their views concerning the value of people in the future of work.

The Korn Ferry report finds that technology has become a core focus of the collective vision for high-performance organizations, particularly in automating processes traditionally undertaken by humans, or in augmenting human tasks to create efficiencies.

There is a clear trend among CEOs to magnify the relative importance of technology in the future of work with 67 percent saying they believe that technology will create greater value in the future than human capital will. Another 63 percent of CEOs said they perceive that technology will become their firm’s greatest source of future competitive advantage. But the economic reality differs sharply, with human capital, not physical capital, creating the greatest value for organizations.

CEOs’ distorted perceptions demonstrate the extent to which people are being painted out of the future of work — and the risk to organizations that do not recognize the potential of people to generate value. A full 44 percent of leaders in large global businesses told Korn Ferry that they believe that the prevalence of robotics, automation, and artificial intelligence (AI) will make people “largely irrelevant” in the future of work.

Leaders may be demonstrating, in a big way, what experts call tangibility bias. Facing uncertainty, they are putting a priority in their thinking, planning, and execution on the tangible — what they can see, touch and measure.

“Leaders are placing a high emphasis on technical skills, technological prowess, and the ability to drive innovation in their new senior recruits— elements critical for modern organizations,” said Alan Guarino, vice chairman in the CEO and board services practice. “However, the financial reality proven by this study— that the value of people outstrips that of machines by a considerable distance — must give CEOs pause for thought.” So-called ‘soft skills,’ he said, such as the ability to lead and manage culture, will become critical factors of success for companies in the future of work as they seek to maximize their value through their people.

People As Costs, Not Value Generators

Sixty four percent of CEOs told Korn Ferry that they see people as a bottom-line cost, not a top-line value generator. Have CEOs become too enamored with technology’s promise? Korn Ferry data show they have become so focused on technology, perhaps because of shareholder pressures, that they may ignore the value of other assets, to the potential detriment of their organizations.

CEOs consistently rate technology as their organizations’ most valuable asset now and in five years’ time. They cite both back-office and customer-facing technology as key drivers of value. Leaders say tech has become so central to their thinking and execution that it occupies 40 percent to 60 percent of their priorities on strategic focus, financial investment, and C-suite time. Although leaders told Korn Ferry in a survey that culture and innovation are among their top five priorities, the workforce overall did not rate at all.

Korn Ferry research finds a possible source of CEO’s tech obsession with 40 percent of the firm’s survey respondents reporting that they have experienced shareholder pressure to direct investment toward tangible assets like technology. When the firm examined the top five areas of emphasis in annual reports and other investor relations materials, three of the top five were based on technology — to the exclusion of other critical strategic value drivers.

Although these areas vary little and generally tend to put a low emphasis on people, some notable differences exist in how CEOs prioritize resources to generate value and save costs. How much CEOs value people varies according to the specific challenges their sectors confront.

Financial and professional services leaders believe technology will generate greatest value for their business, with 55 percent of them rating tech No. 1 — that’s seven percent more than any other sector. CEOs in the sector —  searching for new revenue streams in increasingly commoditized markets — also put a high priority on innovation, which 73 percent of them ranked No. 1 when recruiting leaders; 56 percent of this sector’s leaders told Korn Ferry they will direct financial investment to research and development as their top priority in the next five years.

By contrast, consumer companies, which were among the first to digitally integrate and therefore may have fewer related changes ahead, see technology as their key to saving costs: 57 percent of leaders responding to Korn Ferry’s survey rated this aspect No. 1, eight percent more than any other sector. Manufacturers, meantime, see their best opportunities in cost-cutting in the workforce, with 57 percent of respondents rating this option No 1. Leaders in this sector say they already have achieved efficiencies through automation.

The industrial sector, striving to appear more digitally enabled, put a striking focus on technology. This emphasis was most pronounced in sector leaders’ plans for communications and executive recruiting: 72 percent of industrial CEOs rated tech performance as a top priority in their internal and external communications, while 73 percent rated tech knowledge as the most important factor when recruiting for C-suite roles.

“How to measure return on people has long been a challenge for leaders,” said Tania Lennon, senior client partner, Korn Ferry Hay Group. “Faced with an information vacuum, leaders are mistakenly concluding that, because they can’t easily measure the value generated by people, it’s not there.”

“The current approach taken to managing people as a bottom line cost will, in the value paradigm of the future, fail to create a high-performance team,” Ms. Lennon said. “People are the cornerstone of superior performance, but organizations are not investing the time or resources needed to unleash it.”

“The economic reality of human capital value magnifies the importance of attracting and retaining the right people now and in the future,” said Jeanne MacDonald, global operating executive and president, talent acquisition solutions, Korn Ferry Futurestep. “Technology alone cannot deliver the uplift in productivity and value every organization needs. CEOs must now reflect on whether they have the pipeline of value multiplying talent they need to power their strategy.”

“The digital world is fundamentally changing the connections between companies, their employees and their customers,” said Jean-Marc Laouchez, global managing director, solutions, Korn Ferry Hay Group. “In many ways, technology is strengthening these connections —breaking down structural, geographic and cultural barriers to bring customers closer and link up global colleagues.” “But CEOs must keep their eyes wide open to the potential pitfalls of the digital revolution —asking technology to do all the work to the exclusion of people.”

“When an innovation strikes gold, the connection between the value that’s created and the team behind the technology is often lost,” Mr. Laouchez concluded. “In the future of work, leaders must recognize and capture the value of all their resources to succeed.”

Why the CEO / CHRO Relationship Is Essential The High Cost of Picking a Wrong Leader Generational Shift: Succession of Older CEOs Slows What Makes A Good CEO? 10 Traits of Transformational CEOs