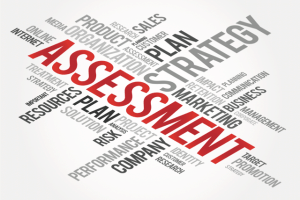 August 4, 2016 – Executive search firm Russell Reynolds Associates and Hogan Assessments, a global provider of personality assessment and leadership development, have formed a partnership designed to increase the success rate of executive appointments and accelerate the development of rising leaders.

The firms will work together on a range of initiatives designed to drive C-suite performance, with an initial emphasis on creating a new, co-branded assessment approach designed to predict executive performance in C-level roles.

A Move to Accelerate Innovation

“The cost of betting on the wrong leader has never been higher,” said Clarke Murphy, chief executive officer of Russell Reynolds Associates. “That said, innovation in the executive assessment space has not kept pace with the rate of change confronting senior executives. We are excited to partner with Hogan to accelerate innovation and deploy new assessments that dramatically increase the success rates of executive selection and succession decisions.”

Mr. Murphy said the initial stage of working with Hogan will be “sharply focused” on the creation of an assessment approach that is purpose-built to predict success (both short- and long-term) in senior executive roles. “For decision-makers, ‘increasing predictability’ really means ‘reducing risk,'” he said. “The risk associated with executive selection and hiring has always been high. But, as executive roles have become more complex, the risk of making the wrong hiring decision has increased meaningfully.”

In the case of Russell Reynolds Associates, increased and expanding client demand changed how it now conducts assessments during a search.

“CEOs, boards, general managers, and CHROs are no longer content with Rolodex-based search strategies or vanilla search services that ignore the full executive talent lifecycle,” said Mr. Murphy. “Clients expect their search partners to offer thoughtful, consultative guidance and deep insight – from defining a role, to selecting a successful candidate, to planning for succession, driving business transformation through talent, and rebalancing culture.” And, he said, they expect that insight to be supported by verifiable data and more empirical evidence. “If you’re trying to compete on superior access to basic information, you’re going to lose every time. To win, you need to bring real insight to the table.”

It’s All About Precision Hiring

The assessments will enable executive teams and boards to increase the precision of selection decisions and mitigate the risks associated with senior executive appointments.

“No other factor plays a bigger role in determining the fate of organizations than the quality of their leaders, so understanding and measuring potential for leadership is the utmost priority for winning the war for talent,” said Tomas Chamorro-Premuzic, CEO of Hogan Assessments. “Our partnership with Russell Reynolds will allow us to combine robust data on millions of leaders around the world to create the best tools and solutions in the market. We are excited to join forces with a true leader in the field.”

“The growth of corporate in-house recruiting – and other countering pressures from outside sources – presents a new challenge for search firms now competing against a one-stop-shopping approach,” said Scott A. Scanlon, founding chairman and CEO of Hunt Scanlon Media in Greenwich, Conn. “It has forced their hand — but on the bright side, search firms have re-evaluated their service model and are re-inventing it to keep pace with client and candidate expectations.” Testing and predicting future success at the executive level is the holy grail of executive search at the moment, he added.

Spencer Stuart, a global executive search and consulting firm and a direct rival to Russell Reynolds Associates, concluded in a recent report that a seamless succession process is desirable but is not in itself a measure of success. As a result, boards can easily focus on the process to the detriment of its principal purpose, which is to secure the very best available candidate. As chief executives’ stature has grown in power and influence over the past two to three decades, so, too, is the ability to predict their level of success.

“It’s no longer good enough to trust your gut when making a hiring decision for a C-level role,” Mr. Murphy said. “The stakes are too high, and the risk of failure is too great. We believe that the rigor of executive selection, hiring, and development decisions should match the rigor applied to financial and operational decisions.”

Hunt Scanlon Media recently reported on other search firms offering more than just traditional recruiting services. Here’s a closer look at just a few of them and what they offer:

Check Out These Related Articles on Leadership Assessment and Workforce Metrics: