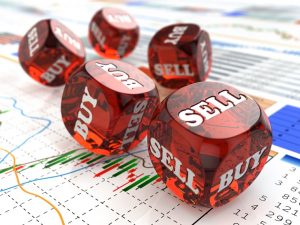 Heidrick & Struggles has acquired JCA Group, a well-known London-based executive search advisory boutique. Financial terms of the deal have not yet been disclosed.

JCA Group is led by founding partners Jan Hall and Emma Fallon, and has 40 employees, including eight partners. The firm has been a leader in addressing gender disparity among boards, as a policy advocate and in placing women on boards in both non-executive and executive roles. One in three of JCA Group’s recent appointments to FTSE 100 and FTSE 250 boards have been female.

“JCA Group is the preeminent board and CEO recruiting boutique in the U.K. with an outstanding reputation as a senior talent and leadership advisor — especially among the FTSE 100 and 250,” said Tracy R. Wolstencroft, president and chief executive officer. The acquisition further accelerates the growth of Heidrick’s global business and, according to Mr. Wolstencroft, “immediately enhances our brand in the boardrooms and C-suites across the U.K.”

Mr. Wolstencroft called Ms. Hall “a dynamic leader who has surrounded herself with the most diverse and talented consultant team in the U.K.,” forming a leadership business “that is highly consultative and advisory, and a culture that is open, collaborative and very team-oriented.”

Brexit’s Impact on London & Global Talent Acquisition
“In our view, the U.K.’s decision to exit from the European Union could have a potentially devastating effect on how companies with major business interests in the country deal with their senior-level talent acquisition strategies. We take an in-depth look at how companies and their external recruiting partners are tackling critical hiring issues and offer up some surprising predictions.”
— Scott A. Scanlon, London Global Crossroads Report Editor-in-Chief

Just this past May, Mr. Dhenin took over this new leadership role. He also serves as managing partner of Western Europe and was previously a vice chairman of CTPartners, where he served as head of its European, Middle East and Asia Pacific operations.

“All the JCA Partners are thrilled with this opportunity to continue to pursue our passion of serving clients in the boardroom while expanding our market impact as part of the global Heidrick & Struggles platform,” Ms. Hall said. “We look forward to bringing a broader suite of leadership consulting and culture shaping services to our existing clients, while also serving new clients as they seek transformational leaders in these complex and uncertain times.”

Brexit: A Bolt Out of the Blue

Uncertain, indeed. London businesses in financial services, the global life sciences, energy, and technology, to name just a few of the towering sectors that power Great Britain’s economy, have been left reeling since the nation’s populace voted to sever a four-decades long partnership with Europe six weeks ago. And few companies are in the mood to hire anyone until more long term assessments can be made.

Brexit, in effect, has stopped many London-headquartered search firms dead in their tracks. Many have likened the aftermath of Brexit to a proverbial bolt out of the blue, and their managing directors are now under intense pressure to begin the unenviable task of rolling back support staff in communications & PR, research and social media relations. Only search consultants with a solid book of business remain out of the crosshairs for the moment.

“This deal may very well be the beginning of an important post-Brexit consolidation phase in this sector,” said Scott A. Scanlon, founding chairman and CEO of Greenwich, Conn-based Hunt Scanlon Media. “We have concluded that a crisis is slowly unfolding among executive recruiting firms across London and every practitioner, large or small, is fixated on the meaning of Brexit and its short and long term impacts.”

What drove this deal, said Mr. Scanlon, were several factors, not just Brexit. “But at the end of the day, what matters most is this combination made sense for both sides and clients will win by having these two brands come together.”

Ms. Hall is regarded as one of the U.K.’s leading director and C-level search consultants. She cut her teeth at Spencer Stuart, having spent eight years there as a senior partner. Prior to this, Ms. Hall was the European chief executive of GGT Group plc where as a lead director she was responsible for the company’s 16 businesses across Europe.

Ms. Hall was featured in Hunt Scanlon’s ‘The New Power Elite: Four Women You Need to Know In Boardroom Recruiting’ two years ago in its ‘Executive Search 2014’ global industry report. There, Ms. Hall was described as a “search industry gatekeeper in director recruiting,” along with rivals Julie Daum of Spencer Stuart, Bonnie Gwin of Heidrick & Struggles, and Anna Mann of MWM Consulting.

“I think great women headhunters combine working really hard, listening very carefully and being prepared to give objective and straight advice while being empathetic to the needs of clients and candidates,” said Ms. Hall at the time. “We are perhaps trusted more to help manage sensitive and complex situations.”

Those skills are likely now to be more relevant than ever, as London itself faces its most difficult business challenge ever: remaining a ‘talent destination’ for Europe and beyond.

The challenges of Brexit aside, Heidrick expects senior level talent demand in the U.K.―board directors and C-suite executives―to remain strong. “In uncertain operating environments, the need for senior leadership is greater than ever,” said Mr. Wolstencroft. Mr. Wolstencroft, a 25-year former Goldman Sachs executive, was pulled out of retirement and joined Heidrick two and a half years ago as president and CEO.

Heidrick currently maintains a headcount of 152 employees in London — and one third of them, or 53 recruiters, are consultant rank in search, leadership consulting and culture shaping.

Earlier this year, Heidrick acquired Decision Strategies International (DSI), a Philadelphia-based strategy and leadership advisory firm. It became the firm’s second acquisition in the burgeoning leadership consulting space in recent months and marked a further step toward the development of a full-fledged leadership capability solutions business within the firm.

This closely followed on the heels of a deal by its top rival: Korn Ferry’s acquisition of Hay Group — an effort to expand into the human capital consulting business. With a ballooning market cap, Korn Ferry agreed to pay nearly a half billion dollars for Hay, privately held for more than 70 years, in order to tap into what the firm’s chief executive, Gary Burnison, sees as a new growth area, and a future direction, for the company. In that deal, Korn Ferry picked up an army of 3,000 employees across 50 countries. Hay group is a leader in people strategy and organizational performance.

There has been quite a bit of M&A activity among executive search firms in recent months. Whether this points to mass consolidation throughout the sector remains to be seen. Here is a look at just a sampling from the Hunt Scanlon archives:

Check Out These Related Articles On Brexit and Its Impact On Recruiting: 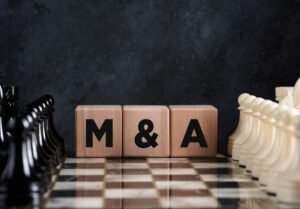