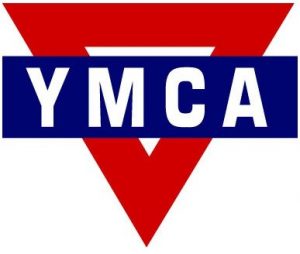 November 21, 2016 – Executive search firm O’Neill Consulting Group has placed Steve O’Donnell as chief executive officer of the Greater Providence YMCA (GPYMCA). The search was co-led by Kevin O’Neill, founder and managing partner in Providence, and Doug Rosen, a partner in New York, together with the GPYMCA’s board of directors.

Mr. O’Donnell joins the YMCA following a long and distinguished career in law enforcement, including 28 years with the Rhode Island State Police, 18 months as U.S. Marshall for Rhode Island, two years with the North Kingstown Police and one year with the RI Department of Corrections. During his tenure as superintendent and commissioner, Mr. O’Donnell was responsible for more than 600 employees and an annual budget of more than $100-million. He is credited with the creation of “New Beginnings,” a community outreach program between the RISP and community groups in the Greater Providence/Pawtucket areas designed to develop strong ties between urban communities and law enforcement through education, sports, and community service.

Landing an ‘A’ Player

Mr. O’Donnell is a Rhode Island native who graduated from LaSalle Academy where he has been head coach of the boy’s lacrosse team since 2007. Under his leadership LaSalle lacrosse teams have been the Division I State Champions for five consecutive years (2012-2016). He has coached youth sports at all levels over the past 30 years. He is also currently an adjunct professor of graduate studies at Salve Regina University.

“Our search intent was to identify and attract the most qualified and compelling ‘A player’ candidates. We sought a visionary leader and team builder who had repeatedly demonstrated the ability to connect and unite diverse constituencies around the state,” said Mr. O’Neill.

With that in mind, the search firm engaged with about 100 candidates around the country, but its search brought the firm home to Rhode Island native Steve O’Donnell. “He offered a rare combination of exemplary leadership, integrity, and commitment to excellence in mission-driven organizations that was unrivaled,” added Mr. O’Neill.

Also a native Rhode Islander, Mr. O’Neill expressed gratitude for the chance to make a difference locally. “We are thrilled to have played a part in what will undoubtedly be the renaissance of an organization that the Rhode Island community greatly needs in order to flourish,” he said.

“Steve O’Donnell brings integrity, strong leadership and an unparalleled understanding of all communities in Rhode Island, and we are excited Steve has chosen to join us in the next stage of his remarkable career,” said Gayle Corrigan, chairperson of the Greater Providence YMCA board of directors. “Steve is the right person to lead the Y as it seeks to reestablish its presence in Providence and grow membership. I am confident he will further the mission of the YMCA and maintain the unique place it holds in the fabric of Rhode Island.”

“I am honored to be given the opportunity to lead the Greater Providence YMCA, which has been at the forefront of building and supporting strong families and strong communities in Rhode Island for more than 160-years,” said Mr. O’Donnell. “My entire career has been built on a foundation of community service and building bridges with people from all walks of life and all communities, and I look forward to helping advance and strengthen the mission of the YMCA of Greater Providence.”

The Greater Providence YMCA is comprised of eight branches and operates with an annual budget of $23 million. The Y has 5,000 family memberships, and has a dedicated staff of 127 full-time employees, 1,005 part-time employees and 400 season employees during the summer months.

O’Neill Consulting Group is a global executive search firm with what it calls a client-centered approach. With offices in the Americas, EMEA, and Asia Pacific, the firm serves all major sectors with strong market insight and functional expertise. Its clients include LoJack; Dunkin’ Donuts; Nestle: Starbucks; Nortek; GTECH; and ConAgra Foods; among others.