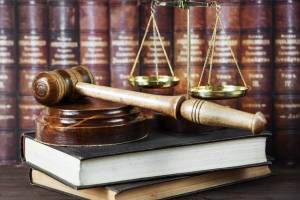 November 15, 2017 – Executive search firm Lucas Group has strengthened its Chicago-based legal practice with the addition of Carolyn Aberman as its new managing partner for legal recruitment.

“With two decades of combined experience as a practicing lawyer and successful legal recruiter, Carolyn Aberman has a deep understanding of Chicago’s legal marketplace,” said Steven Lynch, GM legal at Lucas Group. “Aberman’s track record proves she will play an integral role in continuing to establish Lucas Group as the premier recruiting firm for attorneys in the greater Chicago region.”

Ms. Aberman practiced law for more than a decade in the greater Chicago area before transitioning to legal recruitment in 2011. Before joining Lucas Group, she served as legal recruiting director at the Partners Group (formerly known as Plante Moran Staffing), where she counseled and advised mid- to senior-level attorneys about conducting productive job searches, including assistance with resume drafting, business plan development and social media networking.

“Changing firms or moving in-house is not a career decision to be taken lightly,” said Ms. Aberman. “It is a careful, intentional process built on trust. I take pride in conducting searches with the utmost discretion and careful adherence to the current legal marketplace and internal firm dynamics.”

Legal recruiting generally has been booming this year. According to Hunt Scanlon Media, lawyers employed by government agencies in particular have been on the move as a result of changes in government administrations. Employment for lawyers is projected to grow 10 percent through 2022. Demand for legal work is expected to be robust as individuals, businesses and all levels of government require legal services in the U.S. and internationally as global economies expand.

To meet this demand, a number of search firms that specialize in the legal sector have grown their staffs since the start of the year. Here’s a sampling from the Hunt Scanlon Media archives:

Debbie Tang has joined New York-based Bridge Partners, LLC as a partner in its Washington, D.C. office. She recruits diverse senior executives across all functions, including general counsels, chief legal officers and regulatory leaders, in a wide variety of industries. Ms. Tang previously worked for Major, Lindsey & Africa, where she spent 6-plus years as managing director, in-house practice group.