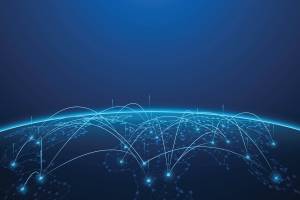 With the strong and still growing economy in Northern Europe and in particular in the Nordic countries, the demand for top-level talent acquisition is strong and growing.

To meet these demands Alexander Hughes is bolstering its organization in the Nordics by adding senior consultants in Sweden and Denmark.

Mr. Tolstoj Hansen joined the Alexander Hughes Group in 2009 to establish the Danish office. In his 20 years of working in executive search, his assignments have largely revolved around cleantech, mechanical engineering, electronics and construction industries, the automotive and transportation industries, as well as within environment, recycling, energy, IT and telecommunications. Prior to joining Alexander Hughes, he spent more than two decades as managing director at Executec Consulting.

“I am extremely proud and honored to take on this responsibility and I am convinced that together with our current and new members of our Nordic team we will manage to leverage the position we have reached in Denmark to all of the Nordic countries,” said Mr. Tolstoj Hansen.

Julien Rozet, CEO of the Alexander Hughes Group, said Mr. Tolstoj Hansen will play a vital role in the future of the firm. “The Nordic countries will be a crucial part of Alexander Hughes’ pursued development in Europe and the world and I am confident in Evan’s and his countries’ managing directors’ abilities to lead this ambition,” he said.

The Nordic nations of Sweden, Norway, Finland and Denmark have a combination of high living standards and low income disparity that has captured the world’s attention, according to Investopedia. At a time when the growing gap between the rich and poor has become a political hot button in developed nations, the region known as Scandinavia has been cited by many scholars as a role model for economic opportunity and equality.

The company is also expanding its reach in Greater China. This is part of a broader strategy implemented over the years to support an ever-expanding global client base and grow at an accelerated pace beyond the company’s original European territory.

Mr. Musy holds extensive experience in executive search, a proven expertise in several industries, as well as an in-depth knowledge of the Chinese market. Beyond his work for Alexander Hughes, he is the co-founder of China Integrated, a solution provider dedicated to support international companies to successfully establish and develop their business in China.

“I am extremely proud and honored to take on this responsibility and I am convinced that together with the current and new members of our Greater China team we will manage to leverage the position we have gained in Shanghai to all the large and dynamic and Asian markets,” said Mr. Musy.

Jim Crowe, managing partner in Hong Kong, said the addition opens a range of new possibilities for the firm. “Having an office and a strong team in Shanghai will spark new synergies and create new business opportunities beyond the Asia Pacific region,” he said.

“The core values of our group and its commitment to excellence have been the driving force of Alexander Hughes for the last couple of decades,” said Ms. Rozet. “During the last few years, our strategy has been to export our model outside Europe and build a strong brand, by creating a fully integrated, global firm, with the same quality standards everywhere, in EMEA, Asia-Pacific or the Americas. Today, we are signaling our strong commitment to the high-growth Chinese market, which we believe can become one of our largest market outside Europe in the years to come.”

Alexander Hughes, headquartered in Paris, has more than 120 consultants operating in 10 sectors, ranging from financial services and technology to life sciences, industrial manufacturing and consumer markets. The firm, founded in 1957, has more than 54 offices.