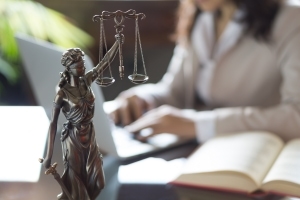 Ms. Goldstein is a former practicing attorney with over 20 years of recruiting experience. Since leaving the practice of law in 1995, she has dedicated her career to the business of law, said Parker + Lynch. She previously recruited for DuPont Legal, which is known as a leader in creating law firm efficiencies by implementing a strategic approach to outside counsel selection based upon diversity, alternative fees, technological capabilities and collaboration.

In addition, Ms. Goldstein has served as an adviser to law firms through her work with internal business development and external mergers. She developed growth plans for AmLaw 100 and regional law firms through her company Rainmaker Trainers, and was also a marketing manager for an AmLaw 100 law firm. Prior to her new role, she served as a regional vice president at Special Counsel for over eight years, where she worked directly with in-house clients to increase operational efficiency, reduce risk and decrease their legal spend and costs.

She will remain on the diversity committee at Special Counsel, and North American diversity council for The Adecco Group – two groups which she has been a member of throughout her tenure.

“Lisa has an incredible track record of not only helping our clients achieve their business goals, but also helping them to be more inclusive work environments and expand their diverse hiring practices,” said Amanda Ellis Cuban, senior vice president at Special Counsel and Parker + Lynch Legal. “We’re looking forward to seeing what Lisa does next as she continues to expand her influence in the legal industry in her new role.”

Legal recruiting generally has been booming this year. According to Hunt Scanlon Media, lawyers employed by government agencies in particular have been on the move as a result of changes in government administrations. Employment for lawyers is projected to grow 10 percent through 2022. Demand for legal work is expected to be robust as individuals, businesses and all levels of government require legal services in the U.S. and internationally as global economies expand.

To meet this demand, a number of search firms that specialize in the legal sector have grown their staffs since the start of the year. Here’s a sampling from the Hunt Scanlon Media archives:

Debbie Tang has joined New York-based Bridge Partners, LLC as a partner in its Washington, D.C. office. She recruits diverse senior executives across all functions, including general counsels, chief legal officers and regulatory leaders, in a wide variety of industries. Ms. Tang previously worked for Major, Lindsey & Africa, where she spent 6-plus years as managing director, in-house practice group.