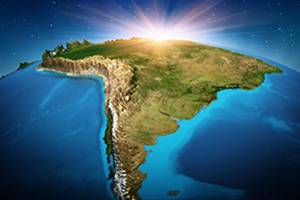 November 10, 2017 – Korn Ferry has named Carlos Martins as president of Hay Group, South America. He will be based in São Paulo, Brazil.

Mr. Martins joins Korn Ferry from global consulting firm Ernst & Young, where he led its people advisory services practice for South America and was also a member of the Brazil executive committee. In these roles, he consolidated and developed the firm’s presence in the region with a focus on growth and profitability, and actively contributed to the design and roll-out of company strategy across lines of business. Earlier in his career, he held various roles with Arthur Anderson Business Consulting.

Mr. Martins’ consulting experience spans the strategic talent management spectrum including rewards and benefits, organizational design, data analytics, mobility and creativity and innovation, and he has worked primarily with large multinational and regional corporations across markets and sectors.

“Carlos is a recognized leader in the people and strategy space in South America,” said Dominique Virchaux, president, Korn Ferry South America. “He has an unparalleled understanding of the talent issues in the region and an impeccable track record of helping clients execute strategy through people. He will be a catalyst for business growth for the firm and for our clients.”

The economy in Brazil has turned a corner, data suggests, after GDP contracted sharply in 2016. In March, the manufacturing Purchasing Managers’ Index recorded the best result in over two years and both business and consumer confidence rested at multi-year highs. In addition, the country logged a record $7.1 billion trade surplus in March, aided by strengthening commodity prices.

Korn Ferry also expanded with the addition of Mark Broer as senior client partner in its global life sciences practice and managing director of pharmaceuticals
He works in both the firm’s Zurich and London offices. He joined the firm from Spencer Stuart.

Korn Ferry also announced several key leadership changes in multiple areas
As the integration of Hay Group is substantially complete, the firm has appointed Mark Arian as this business segment’s new CEO. Mr. Arian was recently recruited from EY, where he served as a managing principal.

May Knight became country managing director for Hay Group
She is based in the company’s Hong Kong office. Ms. Knight brings 25 years of experience from operational and consulting roles in Asia and Europe. She was previously managing director, financial services, Asia Pacific at Accenture.

With its growth in Asia Pacific, Korn Ferry has established a chief operating officer position to provide additional support for the region. Current chief marketing officer and Korn Ferry Institute president Mike Distefano will assume this new role. Mr. Distefano will move to Shanghai from Los Angeles and work closely with Charles Tseng, president of Asia Pacific, to manage and grow the firm’s business in the region.

Korn Ferry has added to its global industrial search practice.
Patrick Walsh will be based in the company’s Minneapolis office. Mr. Walsh joins Korn Ferry from Spencer Stuart, where he was a leader and significant contributor to the firm’s growth in Minneapolis and the industrial market worldwide.

Check Out These Related Articles On Search Firms Expanding In Latin America: