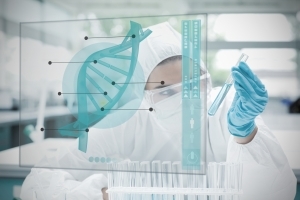 October 3, 2017 – Korn Ferry has expanded with the addition of Mark Broer as senior client partner in its global life sciences practice and managing director of pharmaceuticals where he will co-lead the global pharmaceutical sector. He will work in both the firm’s Zurich and London offices.

“We are pleased to have Mark join our global life sciences practice,” said Jay Kizer, president of life sciences for Korn Ferry. “Mark is an industry expert and leader in the pharmaceutical sector, with over two decades of professional services experience. Both our clients and practice stand to benefit from Mark’s wisdom and expertise.”

Mr. Broer specializes in recruiting CEOs, C-level executives, board directors and chairmen in the healthcare sector, with a focus on senior-level international appointments. He comes to Korn Ferry from Spencer Stuart, where he was a member of the board of directors and led the global biopharma practice. He previously led the firm’s healthcare practice in Europe, the Middle East and Africa. Before that, he was an executive director with Russell Reynolds Associates.

Prior to his work in executive search, Mr. Broer was a senior vice president at a European-based investment bank, where he managed pan-European client teams for healthcare customers and was responsible for advising clients on major cross-border transactions including equity placements, M&A and corporate finance. Earlier in his career, he worked in business management, marketing, business development and corporate strategy at two international healthcare companies. He also served in the Royal Netherlands Air Force.

Recently, Korn Ferry announced several key leadership changes in multiple areas, which the company said further positions it for growth and expansion. As the integration of Hay Group is substantially complete, the firm has appointed Mark Arian as this business segment’s new CEO. Mr. Arian was recently recruited from EY, where he served as a managing principal.

May Knight became country managing director for Korn Ferry Hay Group. She is based in the company’s Hong Kong office. Ms. Knight brings 25 years of experience from operational and consulting roles in Asia and Europe. She was previously managing director, financial services, Asia Pacific at Accenture.

To further expand Korn Ferry’s product development and management capability, Andrew Huddart has been brought on board as president of its global productized services segment. To fully leverage the company’s global products business, Mr. Huddart will report to Byrne Mulrooney, who continues to serve as CEO of Futurestep. Mr. Huddart was recruited to Korn Ferry from Deloitte Consulting’s human capital group, where he served as managing director.

With its growth in Asia Pacific, Korn Ferry has established a chief operating officer position to provide additional support for the region. Current chief marketing officer and Korn Ferry Institute president Mike Distefano will assume this new role. Mr. Distefano will move to Shanghai from Los Angeles and work closely with Charles Tseng, president of Asia Pacific, to manage and grow the its business in the region.

Korn Ferry has added Patrick Walsh to its global industrial search practice. He will be based in the company’s Minneapolis office. Mr. Walsh joins Korn Ferry from Spencer Stuart, where he was a leader and significant contributor to the firm’s growth in Minneapolis and the industrial market worldwide.