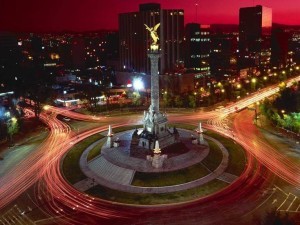 November 6, 2015 – Executive search firm Pedersen & Partners has opened a new office in Mexico City. Luis Miguel Vilatela has joined the firm as the country manager for Mexico and he will head the Mexico City office. This becomes Pedersen & Partners’ seventh established office in the Americas, following the U.S., Canada, Brazil, Chile, Colombia and Peru.

Mr. Vilatela brings a wealth of functional expertise gained over a 32-year career with some of the most important global corporate and investment banks, including HSBC Bank, Mexico Fund-Merrill Lynch, Citibank Mexico, Bank of America, and Midland Bank. He started his career with HSBC in the U.K. before relocating to Mexico as country manager, where he was subsequently appointed as the deputy CEO of the enlarged Mexican entity. He would later become CEO of HSBC Spain, responsible for the Iberian Peninsula and in charge of business development, handling senior level leadership aspects and advising new investors on sustainable value-added search solutions.

“Our continued expansion into Latin America is a strategic goal for Pedersen & Partners, as we are keen to ensure growth beyond our traditional markets. Luis Miguel has broad sector expertise and a wide network of industry contacts, thus substantiating our vision of consolidating our strategic direction by targeting specific regions of critical importance,” said Alvaro Arias, partner in charge of Spain and Latin America. “I’m absolutely confident that he will advance our firm’s Latin American footprint and prominence.”

“The opening of our Mexico City office demonstrates our commitment to expanding our presence across the Americas, as we recognize how vital it is that executive search, business development and leadership solutions are provided by experts who understand the industry as a whole, while operating globally as a single team,” said Mr. Vilatela.

Pedersen & Partners recently opened its first office in the U.S., establishing a presence in Houston. COO and partner Darcie Murray will serve as the firm’s head of North America. She has worked with Pedersen & Partners since 2006, and she returned to the U.S. after spending the last 10 years living and working in Europe, during which she played a key role in implementing the firm’s global growth strategy. Chris Barrett, client partner and head of energy for North America, and client partner David Sanchez recently joined the Houston office.