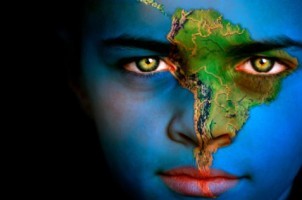 November 13, 2015 – Executive recruiting firm Proco Global Group has opened a new office in Mexico City and appointed Gabriela Bautista to lead the new location. She will reports to Girado Suarez, managing director of the firm’s New York office. The new office will cover recruitment in the automotive, aerospace, food & beverage and processing chemicals sectors. Ms. Bautista will be supported by two consultants.

With over eight years’ experience working within the mid and executive search space, Ms. Bautista has developed a strong network of senior contacts within organizations across several industries. She specializes in recruiting mid to senior level procurement, supply chain, operations and engineering leadership. She joins Proco Global Group from Michael Page, where she held several roles including her most recent as executive manager of the firm’s human resources division.

Proco Global group chief executive Richard Paisley called the development an ‘organic’ move. “We are finding a lot of our clients in North America are shifting production and manufacturing into Mexico,“ Mr. Paisley said. “All of our clients are generally Fortune 500 global organisations who have a presence wherever we operate. We have done a lot of work in Mexico over the last couple of years out of New York and Vancouver, so it’s just a natural move for us.”

Latin America has become a hot bed of activity for executive search firms in recent months. Talengo, a global leadership consulting and executive search firm, opened a new office in Mexico and named Borja Díaz-Pache as director. He has more than 15 years of experience in sales departments, business and marketing development, service and product multinationals in both Spanish and Mexican markets.

Amrop appointed Jaime Montemayor as a partner in Mexico. He has significant experience in the automotive and industrial sector, having worked for BASF, Honeywell and Nemak (Alfa Group).

Caldwell Partners announced a significant expansion of its business into Latin America four months ago by forming a strategic alliance with CPGROUP LATAM Ltd., a company founded by the partners that established and led the Latin American operations of CTPartners. Through the alliance, Caldwell extends its global reach significantly beyond Canada, adding 16 partners in seven offices across Latin America and Florida: Bogota; Caracas; Lima; Mexico City; São Paulo; Santiago de Chile; and Miami.