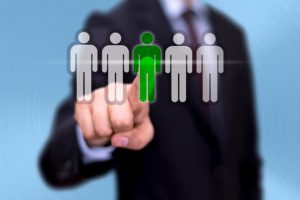 October 3, 2016 – Executive search firm Kensington International has placed Maria C. Coyne as president and chief executive officer of the Cornerstone Fund. Gordon Gilles is retiring as president and CEO, concluding 21 years of service to the ministry of the United Church of Christ. Kensington International partner Brian Clarke led the assignment.

The Cornerstone Fund’s search committee settled on a short list of six candidates to interview after a national search and Ms. Coyne netted out on top.

She brings over 25 years of experience to the Cornerstone Fund from financial services firms, including KeyBank and Bank One. She also served with The Greater Cleveland Growth Association in strategy and small business development roles. In addition, she is a founding member of the United Way Women’s Leadership Council, served as a member of Macdonald Women’s Health Leadership Council which is affiliated with University Hospitals Health System, served on the finance council of the Cleveland Catholic Diocese, and served as a board member of the Consumer Bankers Association and on the inaugural board of the Forbes Executive Women’s Board.

“In setting the strategy to secure the new CEO, we set out to recruit a mission-driven financial services executive with a deep commitment to the progressive beliefs and philosophies of the UCC and we found that in Maria,” said Mr. Clarke. “Her specific experience over the course of her career in not-profits, commitment to community development and her work in establishing a Women’s Small Business Banking arm within KeyBank was perfect for Cornerstone,” he added.

The Cornerstone Fund is the financial services arm of the United Church of Christ (UCC) and provides investment opportunities (selling fixed-rate notes to UCC members) and lending services to established UCC churches and other related bodies for site acquisition, construction, renovation, and refinancing. The Fund itself was created in 1993, and under the leadership of Mr. Gilles, the Cornerstone Fund saw its loan portfolio grow some 300-plus  percent by the end of 2015.