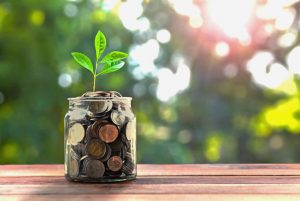 By region, Hudson Americas led the way, recording a revenue gain of 13.7 percent while Hudson Asia Pacific had a revenue increase of 11.6 percent. Hudson Europe, meanwhile, continues to struggle, posting a revenue decrease of 15.2 percent.

“We delivered solid gross margin growth around the globe, with growth in nearly every country and notable improvement in the U.K. and China,” said Stephen Nolan, chief executive officer. “We are pleased to report positive adjusted EBITDA for the fourth consecutive quarter, as we continue to focus on our core markets and practices, delivering growth and positive cash from operations.”

Zacks Investment Research raised shares of Hudson Global from a “strong sell” rating to a “hold” rating. In addition, major shareholder Sagard Capital Partners, L.P. sold 1.1 million shares of the stock in a recent transaction. The shares were sold at an average price of $1.80, for a total value of $1.98 million. The sale was disclosed in a filing with the Securities & Exchange Commission. Currently, just 12.2 percent of the stock is owned by company insiders.

Given current economic conditions, Hudson forecast third-quarter revenue of between $110 million and $120 million, a year-over-year increase of 1.8 percent to 11 percent. Shares in Hudson were unchanged $1.35 upon the release of its numbers. The company has a current market cap of $42.6 million, according to Yahoo.