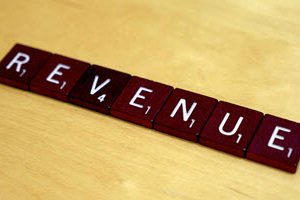 June 12, 2018 – The role of chief revenue officer has changed dramatically over the last several years. CROs are quickly becoming mission-critical innovators for companies that look to dominate a market first and fastest, according to recruiters. The demand for these financial leaders is growing and executive search firms have been busy filling these roles.

“Jim’s proven track record of building trusted relationships with enterprise talent acquisition executives will be a huge asset for us as we further expand our offering and scale our business,” said Ken Lazarus, CEO of Scout Exchange. “His strong industry expertise, combined with his demonstrated ability to help clients evaluate and design demanding talent acquisition programs, will be instrumental in helping us better serve our existing customers and reach new ones.”

Mr. McCoy brings over 15 years of experience in the talent acquisition industry, most recently as vice president and global practice leader of recruitment process outsourcing for ManpowerGroup. During his tenure there, he led a team of more than 3,000 recruiting professionals providing services to more than 400 clients around the world. Earlier in his career, he served as senior vice president of consulting services for Veritude, a Fidelity Investments company. A frequent speaker at HR industry forums, Mr. McCoy has been published and quoted regularly by recruiting and human capital management industry influencers.

Mr. McCoy’s appointment follows another year of rapid adoption at Scout, which has exceeded 100 percent average annual growth over the past three years, and has generated over $300 million in total placement fees. In this new role, Mr. McCoy will lead Scout’s go-to-market strategy and oversee all revenue generating functions including sales, customer success, marketing and strategic partnerships.

“Scout is fundamentally transforming the way businesses think about and secure top talent,” said Mr. McCoy. “The recruiting industry is in the midst of a much needed transformation and Scout has the people, the platform and technology needed to dramatically improve the experience and results for both employers and search firms.”

Scout is a platform for marketplace recruiting, providing a new way to connect employers with recruiters. Analyzing millions of data points from thousands of recruiters in its marketplace, Scout’s performance matching algorithms connect specialty search firm recruiters to marketplace jobs in their area of expertise.

The firm is led by founder and president Howard Fischer. It has additional offices in Silicon Valley and Boston. For 35 years, Mr. Fischer has consulted with CEOs, boards of directors and senior executives on the process of identifying, evaluating and attracting leaders.

Top-drawer CROs are commonly found at start-ups and smaller businesses and tend to the bottom line while the rest of the C-level team expand key partnerships, look for growth opportunities or source funding. That is changing, however, as larger businesses now view the CRO post as an essential, long-term role.

Hunt Scanlon Media has reported on a number of search firms finding chief revenue officers for their clients. Here’s a look at searches either underway or recently completed:

Imperva, a NASDAQ-traded cybersecurity company, recently announced that its chief revenue officer, Mike Mooney, resigned to pursue other interests. The Redwood Shores, CA-based organization has turned to Heidrick & Struggles to find his replacement. Imperva is a cybersecurity leader that delivers best-in-class solutions to protect data and applications on-premises, in the cloud, and across hybrid environments.

Young Search Partners has placed John A. Cunningham as CRO at software innovator DiSTI Corporation. Managing partner and search firm president Katherine Young led the assignment. After a nationwide talent hunt, Mr. Cunningham emerged as the top candidate. He comes to DiSTI with 25 years of experience in the IT and software industry.

Check Out These Related Articles On Searching for Chief Revenue Officers: