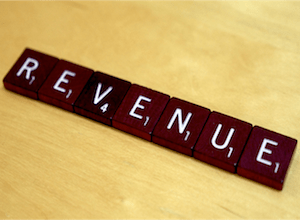 As chief revenue officer, Mr. Laskey will import best practices from a variety of large tech company experiences to help Taos scale to the next level of services and geographic expansion while maintaining the organization’s focus on attracting and retaining world class employees and earning the trust and loyalty of clients worldwide.

“We’re focused on continued growth for a successful and satisfied consulting and managed services client base as we expand into new markets. We’re expanding nationally while doubling down on managed services, and Bob has the vision and experience to take us far,” said Ric Urrutia, chief executive officer of Taos.

“Taos has the momentum of an established tech services firm with the energy, agility and intellect of a start-up. By putting a leadership level focus on sales, marketing, and partnerships, we’ll accelerate growth and better serve existing customers,” said Mr. Laskey.

As a recognized leader in Silicon Valley, Taos provides infrastructure, software development, engineering, cloud, and project management services to businesses around the world.

With a primary focus on technology, energy / clean tech and the life science sectors, ON Partners recruits C-suite, board directors and senior executive talent for public and private companies, as well as venture capital and private equity firms. The firm currently has consultants working from offices in Atlanta, Baltimore / Washington, D.C., Boston, Cleveland, Dallas, Minneapolis, Portland, and Silicon Valley.

“Aligning all of these functional orbits with the aim of increasing revenue streams is their No. 1 task,” said Scott A. Scanlon, Hunt Scanlon Media founding chairman and CEO. Finding top-drawer CROs, he said, doesn’t come easily or cheaply. “Chief revenue officers are all about leverage,” he said. “They are constantly checking supply and demand metrics to know when and where their companies might need to double down. As such, they remain in high demand today.”

Hunt Scanlon has reported on a number of search firms tracking down chief revenue officers for their clients. Here’s a look at just a few:

Check Out These Related Articles On Recruiting Finance Executives: