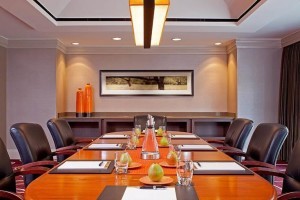 September 24, 2015 – Executive search firm Howard Fischer Associates (HFA) has placed Eddy Hartenstein as the newest member of the board of directors at Rovi Corporation. In March, the firm recruited Steven Lucas to serve on Rovi’s board.

“Beginning last year, Rovi’s board decided to augment the board with key expertise in core strategic areas. We retained Howard Fischer Associates to identify qualified new board candidates with high caliber experience and demonstrated success in (1) advanced data and analytics, and (2) the service provider space,” said Jim Meyer, chairman of the board and chairman of Rovi’s corporate governance and nominating committee. “With more than three decades of experience in the media and service provider industries, Eddy is a true industry veteran and brings significant industry relationships as well as senior leadership, technological and industry expertise to Rovi’s board.”

Mr. Hartenstein was publisher and chief executive officer of the Los Angeles Times from 2008 to 2014. In addition, he served as president and CEO of the Tribune Company, a multimedia, publishing, digital media and broadcasting company, from 2011 to 2013. Prior to that, he served as president of DIRECTV from its inception in 1990 through 2001 and then as its chairman and CEO from 2001 to 2003, when News Corporation purchased a controlling interest in the company.

“We believe the company benefits from Eddy’s deep experience in the multi-channel distribution of media content, as well as his previous operational experience, including serving as the chief executive officer, of large, complex, publicly-held companies,” said Mr. Meyer.

Rovi Corp. provides integrated solutions for the discovery and personalization of digital entertainment to service providers and consumer electronics industry worldwide. The company’s pioneering guides, data, and recommendations continue to drive program search and navigation on millions of devices on a global basis.