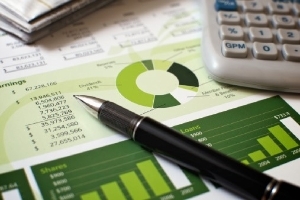 June 12, 2018 – These are critical days for credit unions. The U.S. has nearly 6,000 of them, with more than $1.2 trillion in assets, according to the National Credit Union Administration.

But with the steady retirement of Baby Boomers, among other factors, the cooperatives are facing the loss of more than 4,000 chief executive officers and senior managers over the next five years.

This means that leadership development, succession planning and employee retention are more important than ever. Recently, executive recruiters Credit Union Resources placed Randall Pearson as the president and CEO of Telco Plus Credit Union in Longview, TX. Betty DeWeese, who held the job since 2010, announced earlier this year that she would be retiring.

Mr. Pearson’s credit union experience and expertise in leadership, along with his passion for team building and driving results through strategic planning, will help Telco Plus continue to provide exceptional service to its members, said Credit Union Resources.

Mr. Pearson previously worked for Pyramid Federal Credit Union in Tucson, AZ, where he served as vice president responsible for positively affecting the financial performance of the credit union. Among his accomplishments, he drove a core system conversion that saved more than $50,000 in conversion costs by generating the data sets in-house. He is actively involved in the community and serves on many boards and committees, including Tucson Medical Center, Northwest YMCA, Pyramid Federal Credit Union and Q2 User Group Marketing.

Established in 1951, Telco Plus Credit Union has $65 million in assets and serves more than 8,100 members.

Credit Union Resources is the executive search division of the Cornerstone Credit Union League, a regional trade association representing credit unions. Marcus Cotton, vice president of executive recruiting, leads the firm, which he joined in 2014, when he was brought in to develop and launch the organization’s recruiting practice. He now overseas executive search assignments ranging from senior management roles to president and CEO positions.

“We see enormous potential in this sector, as the popularity of credit unions is skyrocketing among consumers as they typically offer lower fees and better returns,” said Korn Ferry. “Additionally, following the 2008 financial crisis, many U.S. consumers moved their savings from large banks to credit unions and community banks.”

Recruiters D. Hilton Associates recently placed Sean Zimmermann as the new president and CEO of the Congressional Federal Credit Union (CFCU) in Oakton, VA. Mr. Zimmermann has over 25 years of credit union and finance experience to his new job. He came to CFCU from Bank-Fund Staff Federal Credit Union, where he served as CFO for two years.

Executive search firm Conroy Ross Partners was recently tapped by credit union Deposit Guarantee Corporation (CUDGC) in Alberta, Canada to lead its search for a new CEO. CUDGC’s CEO is expected to provide strategic direction and executive leadership to a team of professionals to fulfill the corporation’s mandate of instilling confidence in Saskatchewan’s credit unions.

$3.3 billion-asset State Employees Credit Union (SECU) of Maryland has enlisted Russell Reynolds Associates to help replace CEO Rod Staatz, who is retiring at the end of the year after 15 years serving in the organization’s top post. Founded in Baltimore in 1951, SECU is Maryland’s largest credit union.