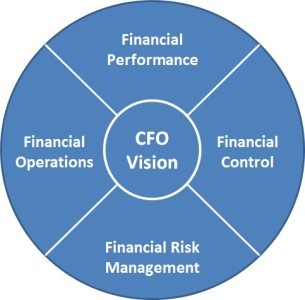 October 22, 2015 – Executive search firm Howard Fischer Associates (HFA) has assisted Tyco International plc in its search for a chief financial officer with the recruitment of Robert E. Olson. He succeeds Arun Nayar, who will step down from the CFO role and retire from the company at the end of this calendar year. Howard Fischer recently recruited Michael J. Cavanagh as CFO of Comcast Corporation.

Most recently, Mr. Olson served as executive vice president and CFO of DISH Network Corporation, a provider of satellite video services and technology, for five years. Before that, he was CFO of Trane Commercial Systems, the largest operating division of American Standard, from 2006 to 2008. Earlier in his career he served as chief financial officer of AT&T’s consumer services division and later its business services division.

“We are pleased to welcome an accomplished financial executive such as Robert to our senior leadership team,” said George R. Oliver, Tyco’s chief executive officer. “His effective record in chief financial officer roles combined with his broad experience in service-oriented technology companies will be especially valuable as we grow our services and solutions businesses.”

According to recent research, about one fifth of companies change their CFOs annually, and the market for financial officers talent has become increasingly competitive — with the best candidates often considering multiple opportunities at any one time. Tightening talent pipelines are edging up CFO pay packages, according to recruiters, making the hunt for CFOs one of the more lucrative areas of the headhunting business.

While choosing their next CFO, some companies are also seeking leadership diversity by tapping female finance chiefs. Some leading women CFO contenders, like Kathryn Mikells, newly named CFO to premium drinks business Diageo in London, are so in demand that multiple offers are a typical result.

Along with companies like Tyco, Comcast and Diageo, private equity firms have also been calling on executive recruiters to track down qualified financial chiefs in record numbers for their portfolio companies. This has made the talent search process highly competitive and an increasingly difficult market to stand out in, whether you’re the candidate or the recruiter.

Check Out These Related Articles on Howard Fischer: