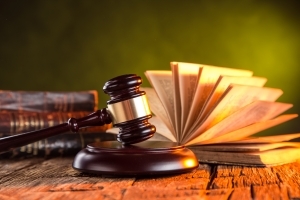 February 13, 2018 – Legal recruiting has largely been booming this year. Lawyers employed by government agencies in particular have been on the move as a result of changes in government administrations, according to Hunt Scanlon Media.

Employment of attorneys is projected to grow 10 percent through 2022.

Demand for legal work is projected to be robust as individuals, businesses and all levels of government require legal services in the U.S. and internationally as global economies expand.

Stoneridge is an independent designer and manufacturer of highly engineered electrical and electronic components, modules and systems principally for the automotive, commercial vehicle, motorcycle, agricultural and off-highway vehicle markets.

David Jaffe, principal of Jaffe Counsel, led the internal legal function for Stoneridge on an interim-basis over the last year and will continue to advise the company as he transitions these responsibilities to Mr. Dono.

“I am looking forward to Tom building on David’s service as a trusted legal professional and global business partner,” said Jon DeGaynor, Stoneridge’s president and CEO. “Throughout his career, Tom has consistently demonstrated an integrated and collaborative approach partnering with global leaders to drive shareholder value. Tom has a keen understanding of the industry, markets, and global trends. With the addition of Tom, we continue to execute on our plan to build a world-class leadership team that positions Stoneridge to execute on our long-term growth strategy.”

Mr. Dono has extensive global leadership experience and was formerly EVP, general counsel and corporate secretary at Metaldyne Performance Group. Before that, he served as senior vice president of legal affairs, general counsel and corporate secretary at Key Safety Systems. He has also served in legal leadership roles at Delphi Corp. and at Wilson, Sonsini Goodrich & Rosati representing technology, life sciences and growth companies around the world.

General Counsel: A New Pathway to CEO
The general counsel role has been vital for companies maintaining an international presence. “The role and stature of the general counsel position has expanded globally,” said Paul Williams, a partner with Major, Lindsey & Africa.

Holden Richardson is a boutique executive recruiting firm focused on building leadership teams in the diversified industrial space, with a strong concentration in automotive, on-and off-highway and specialty equipment OEMs and their tier one and tier two supply base. Mr. Holden, who founded the firm in 2016 along with Mr. Richardson, has over 25 years of recruiting experience. He established North Line Partners in 2010 and before that was with Heidrick & Struggles, where he served as global automotive practice leader and as a partner in the global industrial practice from 2004 to 2010.

Mr. Richardson has 20 years of recruiting experience and has served automotive and diversified manufacturing clients for both public and privately-held clients, including original equipment manufacturers, tier one and tier two parts suppliers, engineering service providers, as well as aftermarket manufacturers. He has conducted assignments for chief executive officers, chief operating officers, divisional presidents and functional heads with a concentration in operations, supply chain management, engineering and commercial leadership roles. Mr. Richardson was a partner at North Line Partners for four years and with Korn Ferry for 17 years where he served in the automotive and industrial practice groups.

Holden Richardson recently strengthened its legal expertise with the addition of Danielle Sanzi to lead its legal practice group with a focus on in-house/general counsel, compliance, regulatory, and government/military contract positions. After earning her law degree from the University of San Diego, she became a judge advocate in the United States Marine Corps. During her tenure as a marine officer and judge advocate, she was a prosecutor, criminal defense counsel, deputy staff judge advocate and disability evaluation attorney for wounded, ill and injured marines and sailors. Ms. Sanzi most recently was a director of tax services at a boutique financial services firm.