Stay Connected:
As many as 1.4 million U.S. jobs stand to be disrupted by technology and other factors between now and 2026, according to a new report. To avoid being part of the shakeup, workers will need significant reskilling. Let’s explore this eye-opening look into the near future. 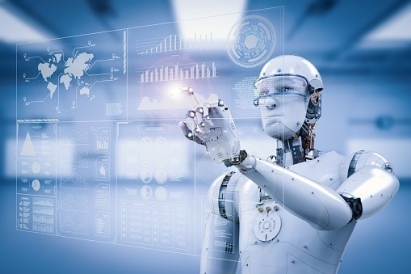 February 13, 2018 – The global economy faces a reskilling crisis with 1.4 million jobs in the U.S. vulnerable to disruption from technology and other factors by 2026, according to a new report, “Towards a Reskilling Revolution: A Future of Jobs for All,” by the World Economic Forum and the Boston Consulting Group.

The report analyzes nearly 1,000 job types across the U.S. economy, encompassing 96 percent of employment in the country. Its aim is to assess the scale of the reskilling required to protect workforces from the expected wave of automation brought on by what some are calling the “Fourth Industrial Revolution.”

Drawing on data for the U.S. economy, the report found that 57 percent of the jobs expected to be disrupted belong to women. If called on today to move to another job with skills that match their own, 16 percent of workers would have no opportunities to transition and another 25 percent would have only one to three matches.

On the positive side, the report found that reskilling holds great potential to lift wages and increase social mobility. With reskilling, the average worker in the American economy would have 48 viable job transitions – nearly as much as the two percent who would have the most options today. Among those transitions, 24 jobs would lead to higher wages.

Coordinated reskilling that aims to maintain or grow wages has very high returns for workers at risk of displacement, and for businesses and the economy, said the report. At-risk workers who retrain for an average of two years could receive an average annual salary increase of $15,000, and business would be able to find talent for jobs that might otherwise remain unfilled. With this approach, up to 95 percent of at-risk workers would find new work in new, higher-income jobs. Without such coordinated upskilling efforts, the report said, one in four at-risk workers would on average lose $8,600 of their annual income even if they successfully move to a new job.

Related: How Automation Will Alter the Jobs Landscape

This reskilling revolution, however, requires that 70 percent of affected workers retrain in a new job “family” or career. This highlights the need for retraining initiatives that combine reskilling programs with income support and job-matching schemes to fully support those undergoing this transition, said the report.

Human Strengths Touted as the Solution to Challenges of the Skills Revolution
As technology transforms organizations, skills needs are changing rapidly and companies are struggling to find the talent they need. The key to coming out on top for individuals and employers alike is to develop the best blend of technical skills ...

“The only limiting factor on a world of opportunities for people is the willingness of leaders to make investments in reskilling that will bridge workers onto new jobs,” said Klaus Schwab, founder and executive chairman of World Economic Forum. “This report shows that this investment has very high returns for businesses as well as economies – and ensures that workers find a purpose in their lives.”

A Future of Jobs for All

The report also described what reskilling must look like to succeed: Those who will do best in the transitions underway are those who have “hybrid” skills – transferable skills like collaboration and critical thinking, as well as deeper expertise in specific areas. Both highly specialized and highly generalist roles will need significant reskilling.

For these viable and desirable job transitions to come about, however, will require concerted efforts by businesses, policymakers and various stakeholders to think differently about workforce planning and to invest in reskilling that will bridge workers to new jobs.

“Work provides people with meaning, identity and opportunity,” said Saadia Zahidi, head of education, gender and work system initiative and a member of the World Economic Forum’s executive committee. “We need to break out of the current paralysis and recognize that skills are the ‘great redistributor.’ Equipping people with the skills they need to make job transitions is the fuel needed for growth – and to secure stable livelihoods for people in the midst of technological change.”

Of the 1.4 million jobs expected by the U.S. Bureau of Labor Statistics to be disrupted, the majority (57 percent) are held by women, said the report. This is a concern at a time when the workplace gender gap is widening and women are under-represented in those areas of the labor market that are expected to grow most robustly in the coming years. The data reveal that the current narrative about the most at-risk category is misleading from a gender perspective. The report pointed out that there are nearly 164,000 at-risk female secretaries and administrative assistants, while there are just over 90,000 at-risk male assembly-line workers.

Without reskilling, on average, at-risk women have only 12 job transition options, while at-risk men have 22 options, said the study. With reskilling, women have 49 options, while men have 80 options. With reskilling, the options gap between women and men narrows. These transitions, however, also present an opportunity to close the persistent gender wage gap. Combined reskilling and job transitions would lead to increased wages for 74 percent of all currently at-risk women, the report said, while the equivalent figure for men is 53 percent.

Hunt Scanlon’s Top 10 Artificial Intelligence Stories of 2017
One of our most important missions at Hunt Scanlon Media is to report on the trends that are altering the executive recruitment industry, and in many cases, the world of business. Among the most consequential transitions we’ve reported on this past year has been the rise of AI – and what it means for the future of …

“The future of work is not predetermined,” said Rich Lesser, global chief executive officer and president of the Boston Consulting Group. “All of the scenarios we present are possible, but none is certain. It is in our hands to proactively manage the changes underway and build the kind of future that maximizes opportunities for people to fulfil their potential across their entire lifetimes.”

Given the impending job displacement and rapid changes already underway in the types of skills demanded by the labor markets of the “Fourth Industrial Revolution,” the report said that arguments for acting now are compelling for individuals, employers and policy-makers:

Related: Will AI Enhance Jobs, or Destroy Them?