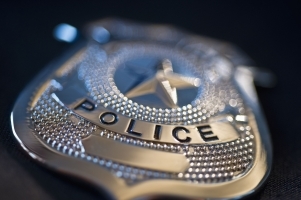 February 13, 2018 – The public sector is in the midst of major transformation, facing an array of challenges that range from changing public expectations to budgetary pressures and a growing demand for operational efficiency. To successfully navigate these issues, government organizations require leaders who are focused, tenacious and adaptable, with the capacity to deal with significant scale, complexity and ambiguity, say recruiters who specialize in the field.

One of the executive search firms leading the way in finding such talent is Bob Murray & Associates, which recently assisted in the selection of David Nisleit as the new chief of the San Diego Police Department. His appointment is the result of a search that included candidates from major cities across the country. Mr. Nisleit is expected to replace Shelley Zimmerman, who will be retiring in March. A public hearing about Mr. Nisleit is scheduled for today. And he must still be confirmed by the city council when it meets on Feb. 26. Regan Williams, senior vice president for the recruitment firm, led the assignment.

“The selection of chief Nisleit is the culmination of a community-driven selection process, and he was the clear choice of community leaders and professional staff, including law enforcement officials,” said San Diego mayor Kevin L. Faulconer. “The interview panels saw what I already knew about chief Nisleit: that he is a man of character who cares deeply about San Diego, our residents and our officers.”

“Chief Nisleit will build on SDPD’s strong reputation for community policing and make sure San Diego continues to be one of the safest big cities in the country,” he said. “And he will lead our national recruiting efforts to hire more officers and have the department fully staffed for the first time in over a decade.”

More than 2,000 Participate in Search

Mr. Nisleit was among six finalists for the job, according to the San Diego Union-Tribune. In his new role, he will be paid $205,000 a year, the newspaper said.

Mr. Nisleit, who currently serves as the San Diego Police Department’s assistant chief, has held leadership roles in the western, northern and mid-city patrol divisions; SWAT; the gang unit; and the centralized investigations unit. He currently has responsibility for nine patrol commands, the homeless outreach team and the watch commander’s office. Mr. Nisleit has been responsible for the planning and operational safety of more than 1,000 special events, including Comic-Con, professional sporting events, San Diego LGBT Pride and the Women’s March. He has a reputation of working closely with community members by hosting monthly problem-solving meetings and neighborhood crime briefings.

Among his top priorities as chief of police will be to oversee a national recruitment campaign to help attract and hire more police officers and fully staff the police department by 2020. There are currently more than 200 vacant positions in the department.

The search for a new chief began in September with more than 2,000 people participating in six community forums and an online survey.

Mr. Williams brings 30 years of local government experience to Bob Murray & Associates. Most recently, he worked as a private consultant with Deloitte and Touche on various public-sector assignments. Mr. Williams was involved in the development of some of Sunnyvale, CA’s most innovative programs and has a national reputation for recruitment for law enforcement.