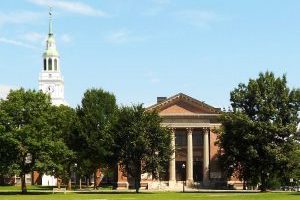 “Dartmouth College has made an excellent choice in Sandhya,” said Mr. Howard. “Dartmouth is an exciting and dynamic place. The outgoing general counsel, Robert Donin, has left an excellent legacy for Sandhya to build upon. The pool of candidates we reviewed was exceptional and it was a pleasure to speak with so many of the country’s leading university legal minds,” he added.

The position of general counsel is critical to almost everything Dartmouth does, from ensuring that it complies with the letter and spirit of the law to helping it enact a clear vision for the future, said Dartmouth president Phil Hanlon. “Sandhya Subramanian has the expertise and judgment needed for this important role. I’m delighted to welcome her to Hanover.”

Vice president for communications, Justin Anderson, who chaired the search committee, said: “Sandhya distinguished herself among a deep and talented pool of exceptionally qualified candidates. Her legal experience and passion for Dartmouth’s mission position her remarkably well to be Dartmouth’s next general counsel.”

In her new role, Ms. Subramanian will be the college’s chief legal officer, serving on the president’s senior leadership team and advising the president, board of trustees, faculty, and administration on a range of legal and strategic matters, from civil rights and employee relations issues to questions about intellectual property, governance, student affairs, philanthropic agreements, and regulatory compliance, among others. She will also oversee the staff of the office of the general counsel and the operations of the office of visa and immigration services.

Ms. Subramanian brings extensive legal expertise in higher education. She joined Oberlin as general counsel in 2008, and before that was chief attorney for the U.S. Department of Education Cleveland Office for Civil Rights. There, among other duties, she managed teams investigating federal civil rights violations by educational institutions. She has served on the board of directors of the National Association of College and University Attorneys and the Community Foundation of Lorain County, and currently serves on the board of the Yale Law Journal. She has also served on the United Educators Legal Advisory Committee.

“I am exhilarated at the prospect of working with president Hanlon and the Dartmouth community to advance the college’s academic vision,” said Ms. Subramanian. “I am inspired by Dartmouth’s dedication to interdisciplinary education, scholarship, and innovation, grounded in a commitment to creating lifelong learners and responsible leaders.” She added that she was “deeply honored” to serve.

Mr. Howard, the recruiter in charge, has over 25 years of experience in higher education, and has worked directly with or for over 80 colleges and universities, at two diverse public systems and two large private research universities. He recently sat down with Hunt Scanlon Media to give us a look inside this coveted search assignment. Here’s an excerpt from that interview. 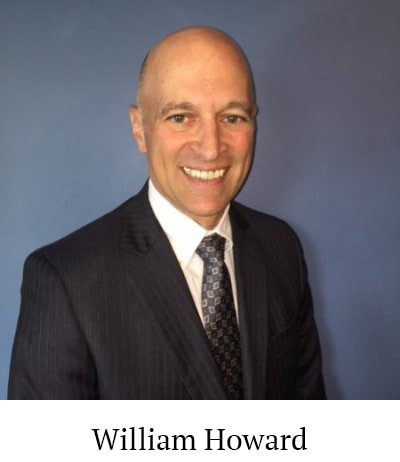 Bill, describe some of the mechanics of this search?

The search began with multiple meetings on campus to ascertain the functions of the general counsel and the needs and perceptions of the college’s president and other major client officials, and with the search committee. We then prepared a leadership profile describing the position and opportunity, and an advertising and recruitment plan. Once those documents were edited and approved by Dartmouth, I then recruited candidates for about five weeks. After the pool of candidates had been assembled, and their materials placed on a confidential, password-protected website maintained by our firm, the search committee and I met again and they decided on which candidates to invite in for confidential airport interviews. We then conducted those interviews, and the search committee decided on a smaller number of candidates to invite to campus for more extensive interviews with the president and other senior Dartmouth officials, including the retiring general counsel. After those visits, the president made a selection and an offer an appointment were agreed upon.

Did you look for candidates outside the education sector?

Our recruitment plan included a large focus on existing in-house counsel at major universities. However, we also reached out to many Dartmouth alumni who are practicing attorneys, to government and non-profit counsel, and to corporate and law firm counsel, particularly those with known practices or backgrounds relating to higher education.

“Dartmouth was seeking a ‘player-coach’ general counsel who could handle many legal matters directly while also managing the office of general counsel and having the seasoned judgment and presence to advise the board, president and senior officers on a wide variety of issues. This general counsel exceeded all of these requirements, with a compelling passion for higher education.”

Bill, how difficult is it to recruit a sitting general counsel from one well-known university to the same role at another?

Great question. Dartmouth is a highly respected institution, with a reputation for a well-run administration and counsel’s office. These and other attractions of the position enabled us to attract a number of current and former general counsels, from within and outside of higher education. Generally speaking, sitting general counsels may seek to move to a larger institution or legal office, or sometimes from a public to a private institution, or to an institution or location with which they have a special connection.

What ultimately made Sandhya the right fit for Dartmouth?

Sandhya Subramanian is a nationally respected general counsel with a wide range of knowledge of higher education legal issues. She is highly intelligent, versatile, calm, and personable. Because of the relatively modest size of its legal office, Dartmouth was seeking a ‘player-coach’ general counsel who could handle many legal matters directly while also managing the office of general counsel (and the office of visa and immigration services) and having the seasoned judgment and presence to advise the board, president and senior officers on a wide variety of issues. Sandhya exceeded all of these requirements, with a compelling passion for higher education.

Can you share with us some other general counsel searches you’ve completed?

Since joining Academic Search in June 2015 I have assisted universities with four general counsel searches, in addition to my wide-ranging other academic and administrative searches. In January the search for Cornell University’s university counsel & secretary was completed. That search had begun in its early stages a year earlier, then was paused because of the tragic death of Cornell’s new president, Elizabeth Garrett. That search then began again in earnest in the fall of 2016, resulting in the appointment of Madelyn Wessel, formerly general counsel for Virginia Commonwealth University. In 2015-16 I provided executive search services to Rutgers, the State University of New Jersey, on the search and appointment of its new SVP and general counsel, John Hoffman, who had served most recently as acting Attorney General of New Jersey. Last year I also worked with the University of Connecticut to recruit for a new position there as chief counsel for UConn Health. Brian White, of the University of Wisconsin health system began serving in that role just about three months ago. It’s been busy, to say the least.