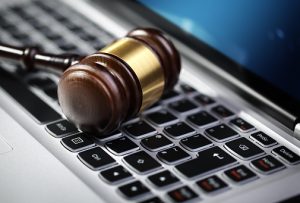 In her new role, Ms. Lackey will be responsible for overseeing Georgia Power’s corporate compliance, risk management, security, and legal services functions. She will provide legal counsel to the company’s leadership team and serve on the company’s management council.

“Meredith will be a tremendous asset to our leadership team, bringing a wealth of regulatory and compliance experience and a proven track record of helping companies successfully manage complex legal issues,” said Paul Bowers, chairman, president and chief executive officer of Georgia Power. “As we build the future of energy and focus on providing world-class value to our 2.5 million customers, her expertise will help us navigate the changing landscape facing the industry and our company.”

Ms. Lackey comes to Georgia Power from Colonial Pipeline Co., where she served as VP and general counsel since 2012. She was responsible for ensuring the protection and enhancement of Colonial’s legal rights through the leadership of the company’s legal, compliance, internal audit, government affairs, and information technology teams. She also served as Colonial’s chief compliance officer and corporate secretary. She joined Colonial in 2008 as a senior attorney where she managed a broad variety of legal matters, including employment, regulatory and litigation.

Prior to joining Colonial, Ms. Lackey worked for a large international mining company based in the Atlanta area where she served as director of human resources for one of the company’s major U.S. divisions. She began her career as a general commercial litigator at two leading law firms – Jones Day and Baker Botts.

“Georgia Power is a very well-regarded utility, and we were pleased to help recruit a new top-level executive to join one of the best management teams in the industry,” said Mr. McAulay. Georgia Power is the largest subsidiary of Southern Company, a premier energy company boasting 2.5 million customers in all but four of Georgia’s 159 counties.

The McAulay Smith Firm is an executive search firm headquartered in Charlotte, NC, with specialty practices in energy (electric utilities, nuclear), industrial (manufacturing, industrial services), and other diversified industries. Established in 1995, it has completed hundreds of engagements for more than 225 client companies in 30 states and nine countries, representing more than 70 industries. In related searches, the firm filled the general counsel, CFO and chief human resources officer (CHRO) roles for Snyder’s-Lance.