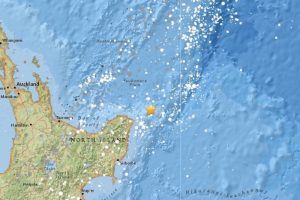 December 21, 2016 – Executive search firm Hobson Leavy has been retained by the Earthquake Commission (EQC) to lead its search for a new chief executive officer. Ian Simpson announced he will be stepping down from the role at the end of the year to take on the CEO role at GNS Science. Search firm founder and partner Stephen Leavy and associate partner Jo Baxter are leading the assignment.

Since forming after the Canterbury earthquakes in 2010 and 2011, the commission has faced criticism from earthquake-affected residents over a range of issues, including the damage assessment work conducted  by its staff, the time taken to settle claims and the quality of repair work. The new CEO will redefine the organization in the post-Canterbury earthquake environment, ensuring it is fit for purpose.

The incoming leader will head a strategy to rebuild the Natural Disaster Fund. The executive will also ensure EQC plays a leading role in improving understanding of New Zealand’s natural hazard risks and their mitigation. In addition, the new leader will position EQC as an agile, scalable and technology savvy organization.

The role according to recruiters requires a visionary leader with an ability to convey a clear sense of purpose. The new CEO will likely have exceptional stakeholder management skills, and a track record of leading change in complex and difficult environments. A background in financial or insurance services would be advantageous, as would be experience in a customer-led, service-orientated business. A collaborative, partnering and engaging leadership style, as well as a strong reputation and character will also be essential attributes for this role.

The Earthquake Commission administers a world leading plan that helps keep New Zealand home insurance affordable. Its primary task is to support community recovery after natural disasters. Established in 1945, the EQC recently played a significant role in assisting Canterbury, and the country more widely, to recover from the Canterbury earthquakes. The claims arising from that disaster led to the most complex claims management and settlement program ever undertaken by a single disaster insurer worldwide.

Hobson Leavy is an executive search firm that focuses on CEO and executive level and non-executive director appointments across all sectors in New Zealand. The firm has completed searches in sectors ranging from agriculture to wealth management. Mr. Leavy, who has extensive international experience in senior level executive recruitment, founded the firm in 2006 along with Carrie Hobson, who has over 25 years of corporate experience, initially in banking & finance and latterly in executive search.

Ms. Baxter has extensive experience working with boards to lead C-suite appointments across a range of sectors with particular expertise in the dairy, food, agriculture, non-profit, science & research, and healthcare sectors.