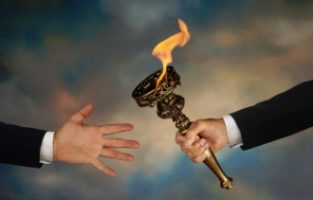 September 26, 2016 – The board of directors of Ruby Tuesday has retained Heidrick & Struggles to begin a search for a permanent president and CEO, following the resignation of James J. “JJ” Buettgen. The company has appointed F. Lane Cardwell Jr. as interim president and CEO while the search is being conducted.

According to industry sources, the board called for Mr. Buettgen’s resignation citing the company’s declining revenues and softness in the casual dining sector. Shares of Ruby Tuesday have fallen dramatically since the start of the financial crisis.

A CEO Who Can Restore Profitability

Looking to restore profitability after the company announced it would be closing 13 percent of its restaurants, Ruby Tuesday recently named Sue Briley as chief financial officer. Ms. Briley had been serving as interim CFO since June and prior to that had been vice president of finance since joining the company in 2014.

“I appreciate the opportunity to accept this expanded role and look forward to working with the board and the talented management team as we move toward restoring to sustained profitable growth,” said Mr. Cardwell.

“Lane possesses decades of restaurant and management expertise which is ideal for ensuring a smooth and orderly transition during this interim period,” said Stephen Sadove, board chairman and lead director. “His tenure on our board will help facilitate leadership continuity until we can complete the process of identifying a suitable permanent replacement.”

Ruby Tuesday owns and franchises Ruby Tuesday brand restaurants. As of August, there were 615 Ruby Tuesday restaurants in 42 states, 14 foreign countries, and Guam. Its corporate-owned and operated restaurants are concentrated primarily in the southeast, northeast, mid-Atlantic, and Midwest.

Heidrick’s global CEO & board practice advises companies on succession planning, talent management, board effectiveness and culture shaping, and also places directors and CEOs at leading private and public companies. It offers an integrated suite of services, from the acquisition of talent to longer-term succession planning, board dynamics, and culture shaping. Earlier this year, Bonnie Gwin and Jeff Sanders were named as co-managing partners of the firm’s global CEO & board practice groups.