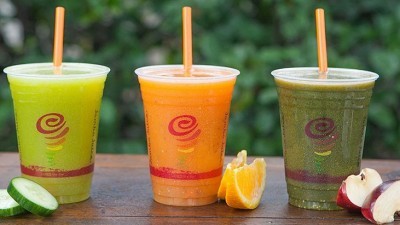 January 25, 2016 – Hospitality search sector specialist The Elliott Group has placed David A. Pace as president and chief executive officer of Jamba, Inc. James D. White is retiring as the company’s CEO after seven years at the helm. The board was seeking a CEO who had a strong track record of success, financially and operationally, as a leader in a franchisor organization in the restaurant industry.

Mr. Pace comes to Jamba from restaurant-chain operator Bloomin’ Brands, where he was executive vice president and president of that company’s Carrabba’s Italian Grill division. He has been on the Jamba board of directors since 2012. Previously, he was Bloomin’ Brands’ chief resources officer and was responsible for Fleming’s Prime Steakhouse & Wine Bar and Roy’s Hawaiian Fusion and oversaw real estate and human resources functions. He had previously held positions with Starbucks Corp., Pepsico and Yum! Brands Inc.

“After a comprehensive executive search conducted by the board and aided by The Elliot Group, Dave emerged from a deep pool of highly skilled candidates as the clear choice to serve as Jamba’s next CEO,” said Andrew Heyer, lead independent director of Jamba’s board. “Dave brings a tremendous amount of experience gained from his time at some of the industry’s top consumer and franchise brands.”

Jamba operates the Jamba Juice chain, a leading outlet for blended fruit drinks with more than 800 smoothie stands throughout the U.S. and in a handful of other countries. Its locations include freestanding units as well as on-site kiosks in high traffic areas, including college campuses, gyms, and airports.

The restaurant industry employs 14 million workers in one million locations. It remains the nation’s second largest private sector employer. Driven by an improving economy, restaurant and food services sales hit a record high of $709.2 billion in 2015, according to the National Restaurant Association’s 2015 Restaurant Industry Forecast.

The restaurant industry outpaced total U.S. job growth for the 16th consecutive year in 2015, keeping the industry among the U.S. economy’s leaders in job creation. In the next decade, restaurants will add 1.7 million new positions, according to the National Restaurant Association. The sector has added 37,000 jobs in December and in 2015 the industry added 357,000 jobs total.