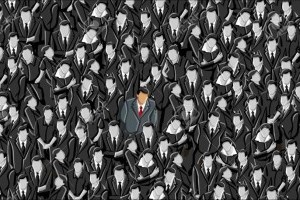 November 10, 2015 – Heidrick & Struggles has placed Edward D. Breen as chairman and chief executive officer DuPont. This is the first time in 213 years the chemical maker will be led by someone who isn’t a Du Pont or has a long history at the company. Mr. Breen has served as interim chair and CEO of DuPont since October; he joined the company’s board in February.

“Ed Breen brings to DuPont an exceptional track record of business leadership and value creation. As a chief executive, he has consistently delivered superior returns through robust growth and portfolio strategies, across a range of industries,” said Alexander M. Cutler, DuPont’s lead independent director. “The board has concluded he is the right leader for the company. We could not be more pleased to appoint an executive of his experience and caliber to lead DuPont through its next stage of growth and achievement.”

From 2002 to 2012, Mr. Breen served as CEO of Tyco International plc., where over the course of his tenure he oversaw a highly successful restructuring, including two break-ups of the company resulting in the spinoffs of Covidien, Tyco Connectivity, ADT Corporation and the merger of Tyco Flow Control with Pentair. He formerly held senior management positions at Motorola, including as president and chief operating officer, and at General Instrument Corporation, including as chairman, president and CEO. He currently serves as chairman of Tyco and a director of Comcast Corporation. Mr. Breen has been awarded numerous governance awards including being named one of the “100 Most Influential People in Business Ethics” by Ethisphere.

DuPont has been bringing world-class science and engineering to the global marketplace in the form of innovative products, materials, and services since 1802.

Last month, Heidrick & Struggles strengthened its oil, gas and power expertise in the firm’s global industrial practice with the addition of David Pruner. He joined the firm from Wood Mackenzie, a global research and strategic advisory firm specializing in the energy, chemicals, metals and mining industries, where he has been a senior vice president for the past 12 years.

A report issued by ManpowerGroup, ‘Strategies to Fuel the Energy Workforce,’ found that 58 percent of energy executives said they struggle to find the talent they need and 74 percent believe the problem will worsen over the next five years.

The study found that the talent shortage may be slowing growth and expansion throughout the sector. By some estimates, there will be three million energy sector jobs created by 2020. In the utilities subsector, where half of the workforce is already over the age of 40 — 100,000 net new jobs are projected. Many of the positions will require tech-savvy candidates to keep pace with future developments.