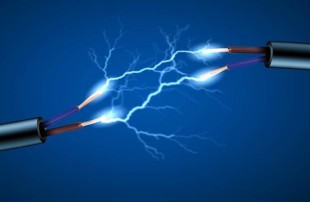 September 21, 2015 – Heidrick & Struggles has placed Bradley C. Jones as president and chief executive officer of the New York Independent System Operator (NYISO). Mr. Jones will replace Stephen G. Whitley who is retiring after serving as the company’s top executive since 2008.

Mr. Jones is a distinguished energy industry executive with 29 years of wide-ranging experience, including grid operations, power plant operations, generation development, project finance, wholesale and retail market design, and regulatory and legislative affairs. He has been with the Electric Reliability Council of Texas (ERCOT) since 2013, where he was SVP and chief operating officer with responsibility for operations, grid planning, and commercial operations. Prior to that, he was VP for commercial operations at the ERCOT and VP for government affairs at Luminant, the competitive generation subsidiary of Energy Future Holdings.

“Brad has a strong commitment to reliability and a firm belief in the power of markets to benefit consumers. His talent, experience, and demonstrated commitment to excellence make him a great choice to lead the talented and dedicated men and women of the NYISO,” said NYISO board chair Michael Bemis. “We are fortunate to have found someone of Brad’s caliber to continue to build upon the significant achievements of our outgoing president and CEO.”

While demand for energy continues to grow at unprecedented levels, new technologies and an oil glut have led to diminished hiring prospects throughout the industry, at least in the near term. Executive recruiters specializing in the sector report that as a result the energy industry has actually reduced the number of jobs available by over a million positions.

The energy industry has failed to adequately plan ahead for its human capital needs, said one recruiter who asked not to be identified. “The entire sector hasn’t been able to attract a new generation of talent that can adapt to the new technologies increasingly being put into the pipeline. I see that as energy’s biggest shortcoming.”