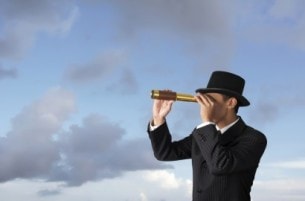 September 21, 2015 – A growing number of American CEOs expect sales, investment and hiring to decrease in the next six months, according to the Business Roundtable’s third-quarter 2015 ‘CEO Economic Outlook Survey,’ a composite of CEO projections for sales and plans for capital spending and hiring over the next six months.

The survey found 33 percent of chief executive respondents expect their company’s U.S. employment to increase in the next six months, down slightly from 34 percent in the Q2 survey. But more importantly, 32 percent expect employment to decrease in the next six months, and this is up from 26 percent in the prior survey. The final roughly one-third of respondents, or 35 percent, said they expect no change, down from 40 percent the previous quarter.

“The downward trend in CEO plans for investment and hiring continues to reflect reasonable caution regarding near-term prospects for modest U.S. growth,” said Randall Stephenson, Business Roundtable chair and CEO of AT&T Inc. “Predictability is critical to spur investment and unlock economic expansion and job growth. Congress and the Administration need to work together to pass a prudent spending plan and renew expired tax provisions. U.S. workers cannot afford the instability that comes with inaction.” Apparently, U.S. chief executives are getting spooked by similar concerns.

The Business Roundtable ‘CEO Economic Outlook Survey,’ conducted quarterly since the fourth quarter of 2002, provides a forward-looking view of the economy by Business Roundtable member CEOs. The survey is designed to provide a picture about the future direction of the U.S. economy by asking CEOs to report their plans for their company’s sales, capital expenditures and employment in the next six months.

For global business CEO’s a different sentiment is unfolding. According to a recent KPMG ‘CEO Outlook Study,’ chief executives surveyed said they were confident about the ability of their companies to grow over the next three years. Sixty-nine percent of CEO’s in Europe and 66 percent in Asia Pacific expressed more confidence than in the previous year about growth and the global economy in general in the next three years.

Much of the U.S. chief executive sentiment likely results from the fact that the American economy is in a much more advanced stage of economic recovery, said Mr. Scanlon. “Our discussions with business leaders suggest that American CEO’s are grappling with escalating competitive pressures, from the relentless entrance of new rivals to the marketplace to dealing with ever-expanding technologies. The American business landscape is unique in that it is laden with unprecedented complexities. For U.S. CEOs, more than their global counterparts, there is the ever-present yin and yang of growth and risk. That’s enough to eat into anyone’s confidence sentiment.”

When other corporate executives are factored into the hiring equation a moderation — even a substantial shift — in hiring sentiment changes. According to the latest Manpower ‘Employment Outlook Survey,’ U.S. employers are predicting the strongest fourth quarter hiring blitz since the final quarter of 2007. In this survey, more than 11,000 U.S. employers were surveyed, which included a much more inclusive group of business executives.

In this snapshot, one fifth, or 21 percent, of respondents anticipate increasing staff levels in the fourth quarter; just six percent of employers expect workforce reductions.