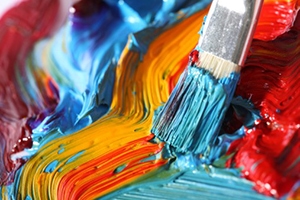 December 4, 2017 – Executive search firm Coleman Lew + Associates has recruited Alli Celebron-Brown as the president and CEO of the McColl Center for Art + Innovation in Charlotte, NC, after a national search. She will assume her new role today.

Ms. Celebron-Brown brings an extensive background of development, strategic planning and organizational design. A 14-year veteran of non-profit leadership, she comes to McColl Center from the Foundation for the Carolinas in Charlotte, where she served as vice president and director of community programs. In that role, she oversaw key program teams and managed a portfolio of grants focused on healthcare, education, youth development and the arts.

Past work includes consulting and support for large-scale civic leadership efforts such as the Future of the Library Task Force, Citizens’ Task Force on Charlotte-Mecklenburg Schools and United Agenda for Children. She has served non-profits in change management roles for healthcare and arts organizations by overseeing and executing organizational restructuring, strategic planning and development department audits.

“We are excited to have Alli as our new president and CEO,” said Cassie Brown, chair of McColl Center’s board of directors. “Her strong leadership and expertise is well-suited for our talented and dedicated staff, and our organization as a whole. We look forward to her leading McColl Center into its bold future.”

Ms. Celebron-Brown said she was humbled to follow in the footsteps of her predecessor, Suzanne Fetscher, who stepped down in September, and to build on the legacy she created. “As I look to the future, I am eager to develop ways to engage new audiences and supporters, while also establishing innovative approaches to the Center’s business model,” said Ms. Celebron-Brown. “I am appreciative of this opportunity and look forward to contributing to McColl Center for Art + Innovation alongside its board of directors, staff and artists.”

McColl Center for Art + Innovation, established in 1997 and opened to the public since 1999, is dedicated to promoting art locally and supporting artists regionally, nationally and internationally. Its mission is to empower artists, advance communities, and impact lives through the creative process by providing a place for research and development as professionals.

Based in Charlotte, Coleman Lew + Associates recruits senior executives and board members globally. Since its founding in 1979, the firm has led searches for a wide range of public, private, and international companies, academic institutions, non-profit organizations, and government agencies.

Theatrical, film and music organizations have been turning to executive search firms in recent months to find new leaders. Among them, Alford Executive Search recently placed Mark Riggleman as executive director of the International Music Foundation (IMF) in Chicago.

Arts Consulting Group (ACG) was recently tapped by Cape Arts & Entertainment (CA&E) to recruit its new president and CEO. ACG president Bruce D. Thibodeau is leading the search. CA&E is seeking an experienced, entrepreneurial visionary and a team leader who will empower and work with the board, said the search firm.

Stamford, CT-based executive search firm Management Consultants for the Arts was selected by Music of the Baroque (MOB) in Chicago to lead its search for a new executive director. Partner David Mallette and managing director Louise Kane are leading the assignment.

Korn Ferry placed Michael Murphy as president of Shea’s Performing Arts Center. Shea’s Performing Arts Center is a theater for touring Broadway musicals and special events in Buffalo, NY. Originally called Shea’s Buffalo, it was opened in 1926 to show silent movies and boasts one of the few theater organs in the U.S. that is still in operation in the theater for which it was designed.