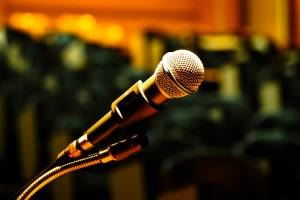 October 12, 2017 – Theatrical, film and music organizations have been turning to executive search firms in recent months to find new leaders. Among them, Alford Executive Search recently placed Mark Riggleman as executive director of the International Music Foundation (IMF) in Chicago. Ann Murray, the current executive director, is retiring after 26 years.

Mr. Riggleman brings more than 30 years of non-profit leadership experience at several formidable music institutions and is himself an accomplished pianist who has performed across the country and served on the faculty at the Julliard School.

Most recently, Mr. Riggleman served as the director of education at Lyric Opera of Chicago, where he led education initiatives, reaching more than 100,000 Chicago-area children and adults annually. Previously, he held positions of note at Juilliard, the 92nd Street Y and the Judith G. Wharton Music Center. At Juilliard, he managed a student performance fellowship program and served as faculty member of a program for under-served students. At the 92nd Street Y, he led the music school through a period of significant growth and partnered with external organizations to increase the school’s visibility.

“Mark quickly rose to the top of a national pool of candidates, and with every step in the process, it became more apparent that his leadership and passion for IMF’s mission and programs was the ideal fit for the organization,” said Heather Eddy, president and CEO of Alford Executive Search.

IMF board president Thomas B. Orlando said Mr. Riggleman was a perfect choice. “Mark’s knowledge of the industry, in Chicago and nationally, as well as his focus on access to classical music programming and immersive educational opportunities is exactly what IMF needs at a time when we are looking to expand our boundaries so that timeless music can touch more people in new and unique ways,” he told the Chicago Tribune.

Mr. Riggleman said he was excited about joining IMF. “Through my experiences, both as a performer and as an arts leader, I’ve seen first-hand how music nourishes the soul, inspires creativity and plays an integral role in the healing process,” he said. “IMF’s mission to make great music accessible to all and to provide learning opportunities to deepen the experience is what has been at the core of my passion and work throughout my entire career.”

Arts Consulting Group (ACG) was recently tapped by Cape Arts & Entertainment (CA&E) to recruit its new president and CEO. ACG president Bruce D. Thibodeau is leading the search. CA&E is seeking an experienced, entrepreneurial visionary and a team leader who will empower and work with the board, said the search firm.

Korn Ferry placed Michael Murphy as president of Shea’s Performing Arts Center. Shea’s Performing Arts Center is a theater for touring Broadway musicals and special events in Buffalo, NY. Originally called Shea’s Buffalo, it was opened in 1926 to show silent movies and boasts one of the few theater organs in the U.S. that is still in operation in the theater for which it was designed.