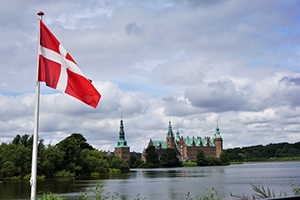 September 7, 2018 – Global executive search firm Boyden has added Morten Winther and Henrik Harbo as managing partners to lead its Denmark operations working in both Copenhagen and Aarhu. Additionally, Marika Grote will serve as a principal and head of research. All three come to Boyden from Flensby & Partners.

“Morten, Henrik and Marika have outstanding reputations in Denmark and across borders as premier advisors and leaders in the upper echelon of the business community,” said Trina Gordon, president and CEO of Boyden. “Their overall approach and interactions with top multinational clients align perfectly with Boyden’s global platform and methodology. The team is actively pursuing an aggressive growth strategy that we look forward to sharing in the near future.”

Mr. Harbo launched his career in executive search almost a decade ago. He brings expertise in investment banking and financial roles within top-tier global organizations. He also offers clients an extensive background in M&A, corporate finance, private equity, as well as industry-specific issues applicable for Boyden’s consumer & retail, financial and industrial practices and the energy sector. Prior to executive search, he was a partner at EY Transaction Advisory Services, and began his career as a financial manager at A.P. Moller-Maersk.

“We’re thrilled to join Boyden as our high growth ambitions match closely with the firm’s strategic objectives,” said Messrs. Harbo and Winther. “Boyden offers a strong global brand and a unique opportunity for our clients to benefit from the organization’s world class partners in the Nordic region and across the globe.”

Boyden added veteran human resources executive Michele Marchesan as a principal in the firm’s Milan office. In his 30-year career, Mr. Marchesan has overseen numerous searches for C-suite and senior level management throughout Europe, Asia and the U.S. He most recently served as senior vice president and chief human resources officer (CHRO) at Datalogic.

oyden strengthened its global social impact search practice with the additions of Jessa Chupik and Nick Chambers as partners. Ms. Chupik is a higher education and public-sector recruitment expert. She has made hundreds of senior placements, primarily in the public and not-for-profit sectors, having recruited across Canada’s top universities and colleges, governments and NGOs.

Check Out These Related Articles In Firms Growing In Denmark: